Detroit residents who have compromised immune systems will be able to get a COVID-19 vaccine booster at the TCF Center.

DETROIT - Beginning Tuesday, some Detroit residents can schedule a third COVID-19 vaccine shot if they have a weakened immune system or need more protection from the pandemic.

Following approval from the Centers for Disease Control and Prevention and encouragement from the state, any citizen of Detroit that has already completed a 2-shot vaccine series can make the trip to TCF Center for a third booster shot.

"You know what your situation with your immune system is," Detroit Mayor Mike Duggan said Monday, adding health officials from the federal government sought to make administering a third vaccine dose "as bureaucracy-free as possible."

Detroit's latest phase in fighting the pandemic follows new evidence that vaccine effectiveness against the pandemic starts to waver slightly after eight months of protection. People who had completed their vaccine series originally had a 1 in 25 chance of contracting the virus - about 96% protection from either the Pfizer or Moderna vaccine.

Anyone who is immunocompromised is encouraged by the city of Detroit to get a third vaccine shot.

But over the months, those chances increase to 1 in 7 - about 84% protection.

These numbers relate to a person's likelihood of contracting the virus and transmitting it to someone else. The vaccines still show strong protection against side effects from COVID-19 that have landed people in the hospital.

Beginning Tuesday, people can call the TCF Center at 313-230-0505 to schedule an appointment. Duggan mentioned the system would look familiar to previous testing and vaccine campaigns held at the building in previous months.

Currently, only 42% of the city has gotten a COVID-19 vaccine.

Detroit's chief health officer said she's worried about the climbing of hospitalizations in Detroit. She also predicted it would only be another week before the city finds itself in the highest tier for infectiousness.

That could mean issues that have already stricken the U.S. south could scale up to Michigan.

Duggan showed a map of infection rates in the Southeast U.S. on Monday, which was painted dark purple and black - indications of high infection. "There's no reason to think it's going to be any different here."

Patterns indicate that "Florida's July could be Michigan's November," he said. "This is going to be Michigan in a matter of weeks or months."

The state could avoid the worst of an impending surge of infections, health officials have advised. Some 95% of those that have been hospitalized with COVID-19 did not have a vaccine. And among those that were vaccinated, many had preconditions that worsened health outcomes for them.

The CDC has previously identified immunocompromised people as being at higher risk for getting severely ill from COVID-19, more likely leading to hospitalization or death. Among them are people with HIV or AIDS, transplant recipients, some cancer patients and people with autoimmune disorders such as rheumatoid arthritis, inflammatory bowel disease and lupus, the CDC explains on its website.

It’s harder for vaccines to rev up an immune system suppressed by certain medications and diseases, so those patients don’t always get the same protection as otherwise healthy people — and small studies suggest for at least some, an extra dose may be the solution. 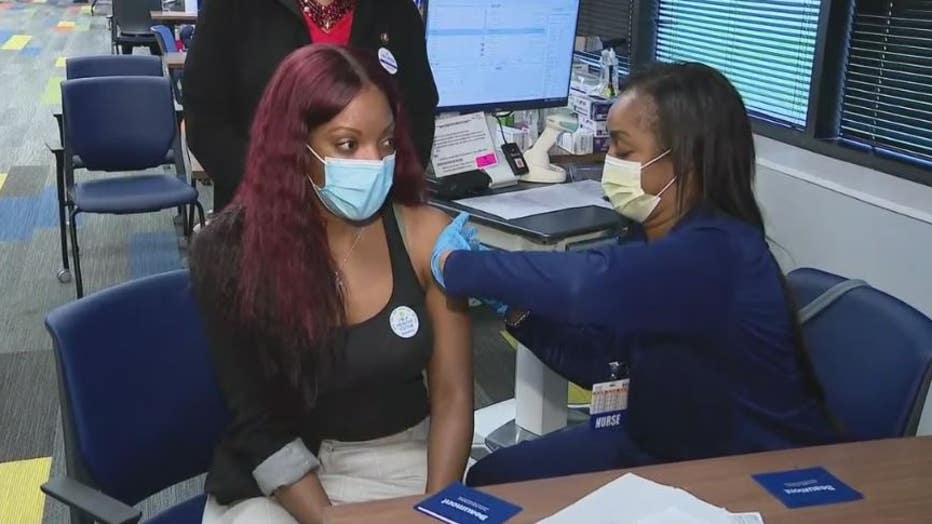