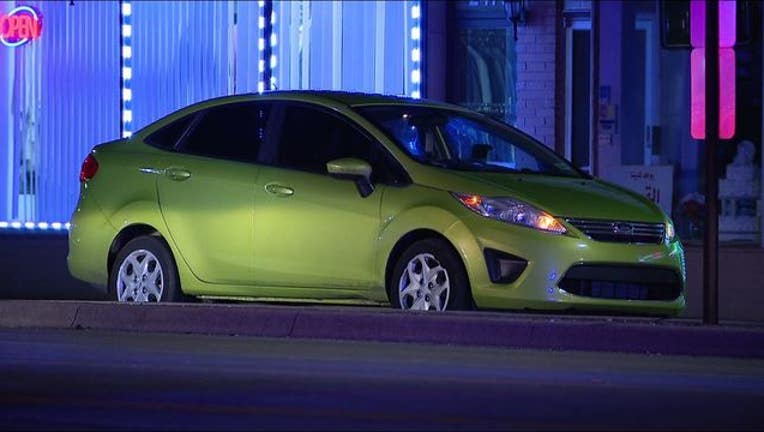 DETROIT (FOX 2) - A Detroit Uber driver who was on his way to pick up a customer watched someone steal his car from a Detroit gas station, right in front of police, and then lead a 100 MPH chase.

Charles Adams was driving for Uber early Monday morning and was on his way to pick up a customer. He stopped at a gas station at McNichols and the Lodge and left his car running. Before he went inside, he said a woman asked for a ride - which he declined.

"I went in the store and got a juice, I turned around and someone had hopped in my car. The person who hopped in my car asked me for a ride and I told them no and they took my car," he said.

Adams and the alleged car thief weren't the only ones at the gas station. At least one Detroit Police Officer was there too and watched the theft.

"The police started chasing them - they were sitting at the gas station the whole time while the whole thing happened," Adams said.

The woman took the car and led police down McNichols then up Shaefer into Oak Park, Adams said. The car hit more than 100 MPH as she tried to get away.

She eventually pulled into a shopping center near 696 and Coolidge in Oak Park and was arrested.

The car, a 2012 green Ford Fiesta, was recoverd and not damaged in the chase.