It's been almost 30 years since operations stopped at Detroit's Cadillac Stamping Plant. The long-vacant building will soon be wiped away and a new facility will be built in its place.

DETROIT (FOX 2) - It's been three decades since the Cadillac Stamping Plant in Detroit was last operational but a massive investment is about to change the sprawling complex.

The former Cadillac stamping plant in Detroit sits on Detroit's east side and has been vacant and dormant for 30 years. But that's all about to change and hundreds of people will soon get jobs at the new facility.

The City announced on Wednesday an investment of $48 million into a redevelopment plan for the plant.

"This has been a high priority for this city: to take it from a site of blight to a sight of jobs," Mayor Mike Duggan said. "By and large, this factory has been empty for 30 years. (It's) a site that has been a national embarrassment."

The eyesore is about to get a sorely needed makeover and update as Missouri-based NorthPoint development plans to move in and turn things around and will hire workers in automotive and manufacturing.

"Our vision is to take the defunct automotive factory from decades ago and hopefully be able to redevelop it and rebuild what’s going to be the future of automotive manufacturing back on this site," said NorthPoint Development CEO Chad Meyer.

He said he's had his eye on the Motor City for a number of reasons, including the population and labor force ready to work. The company will foot the demolition bill otherwise passed on to Detroit residents.

"This was in our demolition plans to take down at a cost to taxpayers probably between 5 and 10 million dollars and then we were going to have a vacant site but NorthPoint said we'll pay to knock it down and we'll build on-site," Duggan said.

Like other new facilities opening in Detroit, residents will be prioritized for hiring.

"Detroit At Work partnered with Developers to ensure that we prioritize Detroit residents," said Detroit City Councilman Scott Benson. "That’s how you do developing in Detroit. That’s how to move a city forward: we employ our residents and make sure we grow the general fund." 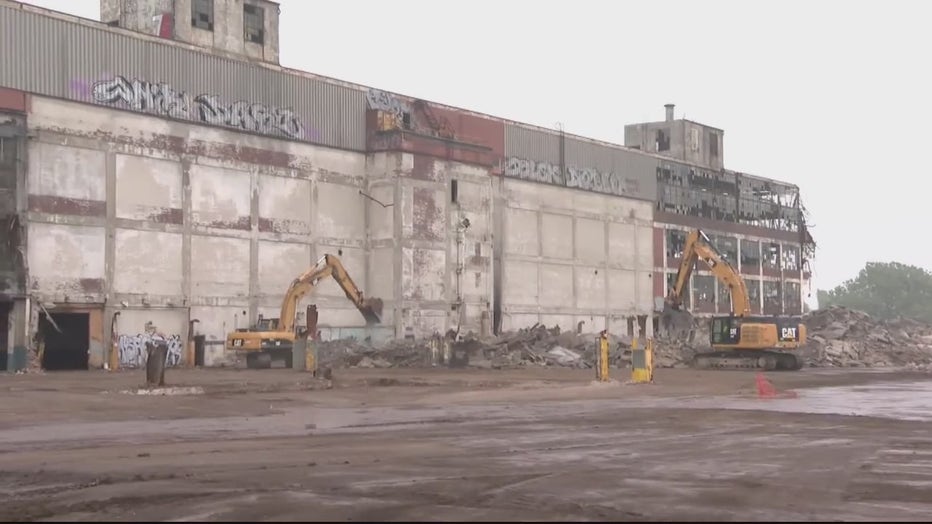 The Cadillac Stamping Plant is coming down after nearly 30 years of being vacant.