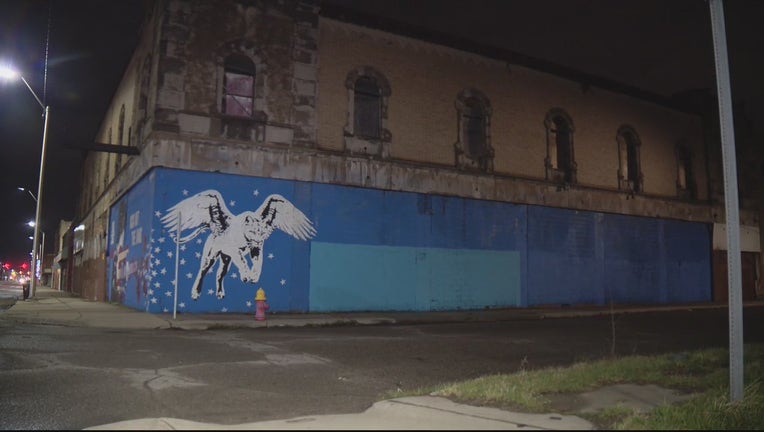 DETROIT (FOX 2) - One of the few remaining examples of what was a bonanza of Detroit ballrooms in the early 20th century, the Grande Ballroom became the focal point for the city's musical growth and the culture that grew with it.

The classic building and one of what was originally two dozen ballroom-like venues that dotted Detroit, hosted artists like MC5, Psychedelic Stooges with Iggy Pop, Alice Cooper, the Frost, Amboy Dukes with Ted Nugent, and so many others.

Described as the "epicenter of the Avant Garde Detroit rock scene" on the application to get it on the National Register of Historic Places, it fell into disrepair in its latter years.

Located at 8952 Grand River, it was listed for sale by Dorsett Brokerage Real Estate. It was first built in 1928 by architect Charles Agree, where it originally served as a multi-purpose building for hosting retail.

The real estate firm says with Detroit's "enormous rebirth" and development set to begin on Grand River, it would require major work to be rehabilitated.

"This is a major project for a serious minded Developer who's familiar with large scale projects; thus understanding the history associated with the building and having a vision to restore a monumental piece of Real Estate iconic to the City of Detroit. Don't let the list price intimidate you," read a description on the website.

Its current owner is the Chapel Hill Baptist Church, however, it's currently vacant.