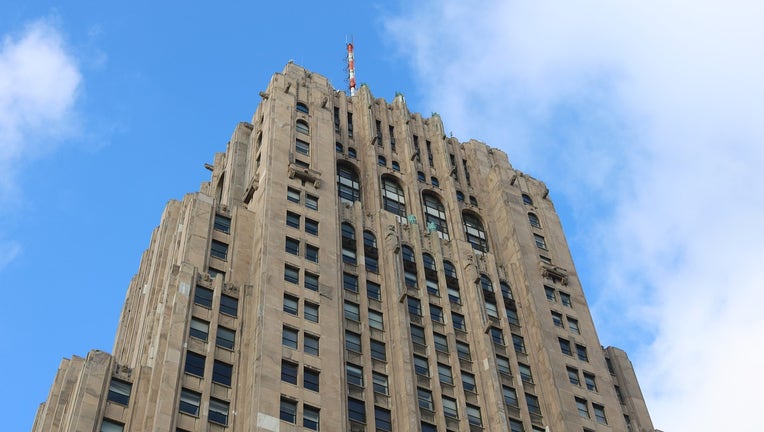 DETROIT (FOX 2) - The Fisher Building in Detroit is hitting the market after its owner since 2015 spent six years making about $30 million worth of improvements.

"We are proud of the work that we have performed to preserve this important piece of Detroit’s history," said Peter Cummings, executive chairman and CEO of The Platform, which owns the building. "We have made significant investments to reposition this property as a first-class office building and community gathering space and have overseen a substantial increase in office and retail occupancy.  As such, we feel the time is right to find the Fisher’s next steward."

Restoration efforts included the Arcade ceiling, as well as parts of the exterior façade, which features 325,000 square feet of marble. The Fisher is the world’s largest marble-clad commercial building.

Other improvements include seven fully modernized elevators, a new fire alarm and suppression system, a new HVAC system. Air conditioning was also added to the Arcade, which has never had air.

"My father-in-law owned this building, and my first office in Detroit was in this building, so it is clearly near and dear to my heart," Cummings said. "Our team set out to protect and preserve the Fisher for future generations, and I am proud of what we have accomplished. Our commitment to Detroit remains, and I look forward to continuing to do our part to help this city continue its resurgence."

The Platform also brought in new tenants, bringing the occupancy rate from below 40% to near 70%.

"The Fisher Building needed somebody to step in and save this landmark and give it a chance for a future," said Lawrence Burns, president and CEO of Children’s Foundation, which moved into the Fisher in 2017. "The Platform did that. There is no question to me that the Fisher is in far better shape today than it was before they took over.  The Fisher Building will be our home for many years to come."

The building includes 505,000 square feet of office space and 68,000 square feet of retail space for lease. A parking garage at 645 Baltimore St. and two surface lots at 3005 W. Grand Blvd. and 710 Lothrop are also included with the building. These have a total of 1,985 parking spaces.

If you are interested in making an offer for Fisher Building, contact Bruce Miller at JLL at 312-228-2340 or at bruce.miller@am.jll.com.