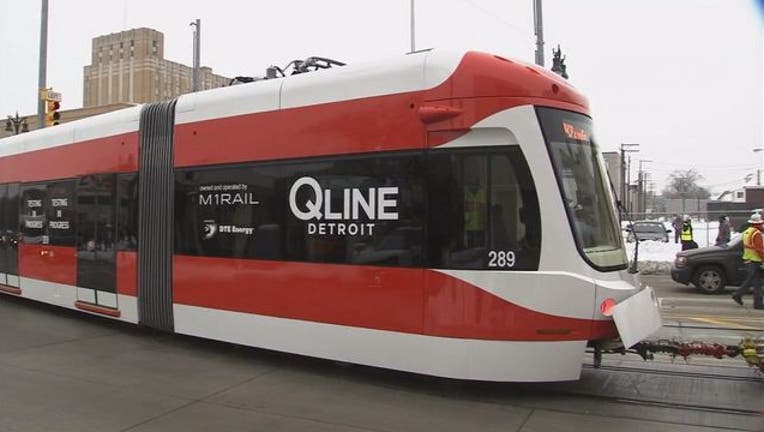 Detroit's long awaited rail line officially has a grand opening set for the middle of May.

The QLINE will be up and running on May 12, to coincide with a special event at the Penske Technical Center, M-1 RAIL announced on Thursday. The grand opening will start with a press conference with elected officials and will be followed by the inaugural ride down Woodward Ave. That Friday evening, it will be open to the public.

“QLINE’s grand opening will be a historic day in Detroit,” said M-1 RAIL CEO Matt Cullen. “We’re bringing rail transit back to the heart of the city and connecting the Woodward Corridor in a way that’s already begun to transform the entire district.”

A full calendar of grand opening events will be released sometime in April.

Construction on the project began in July 2014. In August 2016, the first test car hit the rails and by December, the company debuted the red and white QLINE cars on the rails.

The three-piece, articulated cars are 66 feet long and carry 125 passengers on average. They will travel the maximum speed on Woodward - 35 m.p.h. - and stop for traffic lights.

Ticket prices aren't official yet, but walk-up fare is estimated to be $1.50 right now. Senior, student and other discounts will be available, too.

You can get more information on the QLINE at www.m-1rail.com