Staffing issues have two waste contractors in Detroit scrambling while some residents are fed up.

DETROIT (FOX 2) - Staffing issues have two waste contractors in Detroit scrambling while some residents are fed up.

"People will put it out on Sunday night like they are supposed to for Monday morning and they never show up," said Felicia Tellez.

"And then finally they’ll come on, let’s say a Tuesday, Thursday night, but it’s two weeks later," she said.

And that means, one big, awful stench.

"It smells like rotten poop, nasty, disgusting," she said. "And the only way the neighbors can try to keep it together is they try to put it in the extra garbage cans of the neighborhood, to see if we can try to get it picked up faster."

Thankfully Monday was not one of those days.  Trash was picked up on time in the parts of the city's southwest side FOX 2 visited.

But the City of Detroit says residents should be prepared for setbacks of up to 48 hours due to labor issues.

"So far we’ve just been looking at a one-day delay based on the last couple weeks" he said. "But we realize there’s the possibility that if things continue, there's a possibility it could be as much as a two-day delay."

He says the City has two companies hauling your waste away. GFL handles all of the east side and southwest, and Waste Management takes the northwestern part of the city.

Officials say both are having trouble fully covering all shifts.

"What we’re seeing and what they’re seeing is what’s being experienced throughout the city, throughout the region…the country, is that in some cases there’s a challenge of finding enough staffing to ensure all of their routes are manned on a daily basis," Brundidge said.

Bottom line, patience is key - and he has a tip to hopefully avoid that foul smell in the meantime.

"The type of polyurethane that we use for our carts is designed (that) if our residents keep the lids closed, then rodents can't get into the container," he said. "So, my message to them would (be) make sure you haven’t overloaded your container. Make sure that you close your lid before you put it out. You’ll be just fine." 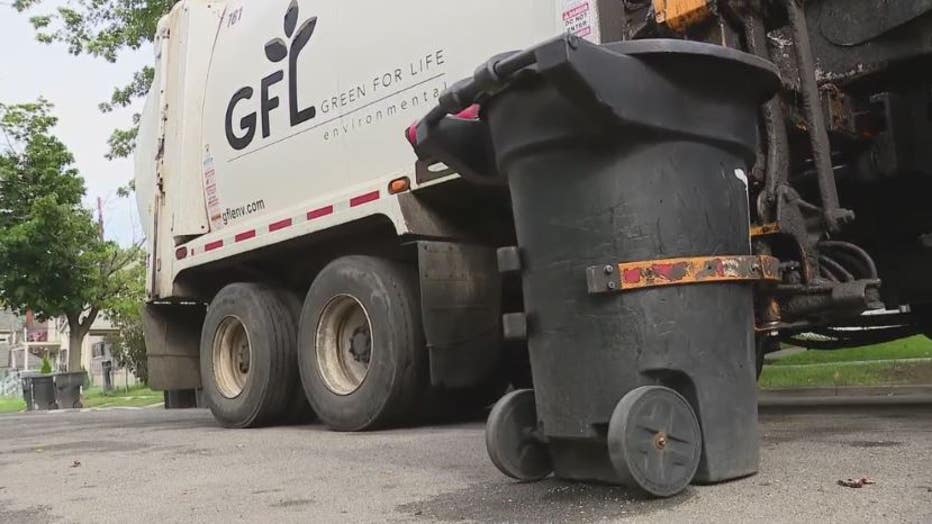