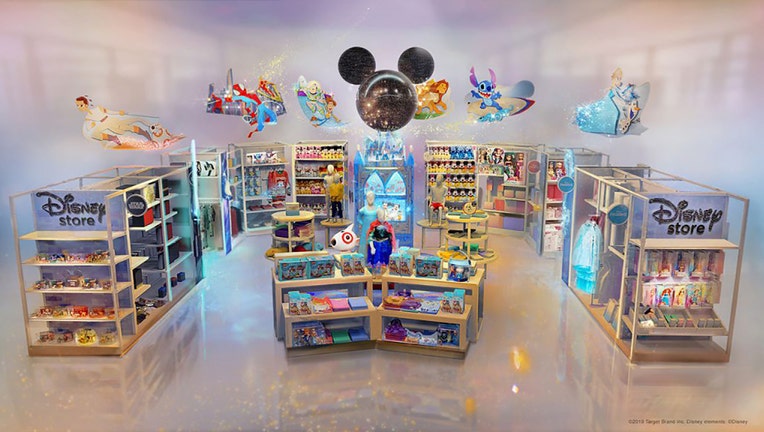 HOUSTON - Target is hoping to bring the magic of such characters as Mickey Mouse and Elsa to its own customers by opening permanent Disney shops at a cluster of stores starting this fall.

As part of the collaboration with The Walt Disney Co., the Minneapolis-based discounter says it will open 25 Disney-branded stores starting on October 4, with 40 additional locations opening by October 2020.

Disney store at Target will open in October in the following 25 Target stores:

Target, which has long sold Disney merchandise, says the Disney shops will average about 750 square feet each and will be located near children's clothing and toys. They will feature more than 450 items, including more than 100 products that were previously only available at Disney retail locations. The shops will feature music, interactive displays, photo opportunities and a seating area where families can watch Disney movie clips.

Target announced the new Disney shops in August. They also launched a Disney-focused online experience days after the announcement.