(FOX 2) - You may have seen the posts on social media - Friday doctors around the country and those training to be physicians spoke out in a movement called White Coats for Black Lives. Some also gathered on the campus of the Detroit Medical Center and other health facilities in Michigan.

"We know what it feels like when someone on the outside, someone not here, tells us Covid isn't real. So imagine if you're living something and you feel afraid but people tell you it's not real," said Dr. Maseray Kamara, a DMC resident physician.

Doctors across metro Detroit Friday took part in a White Coats for Black Lives movement, organized by a DMC doctor.

Doctors and medical students kneeled for 10 minutes in remembrance of Black lives lost to intolerance and racism.

"I was thinking of all my Black brothers and sisters. I was particularly thinking of my Black patients and how much they have suffered. Also I was reflecting on our silence," said Dr. Claudia Jarrin Tedaja, a DMC physician.

"I barely could hold my tears because systemic racism, institutionalized racisms, structural racism is real and it's pervasive in every aspect of society, especially in health and health care and medicine," said Dr. Ijeoma Opara. "People are dying as a result of the devaluation of their skin - not because of their skin, because nothing is wrong with Black skin - but something is wrong with a system that devalues Black skin."

"I stand before you at Harper Hospital because my mother took a nursing exam to get into nursing school here in 1960 and was denied admission after scoring 100 percent because she was African-American. So my cause and my fight has been to change the system within," said Dr. Eric Ayers. 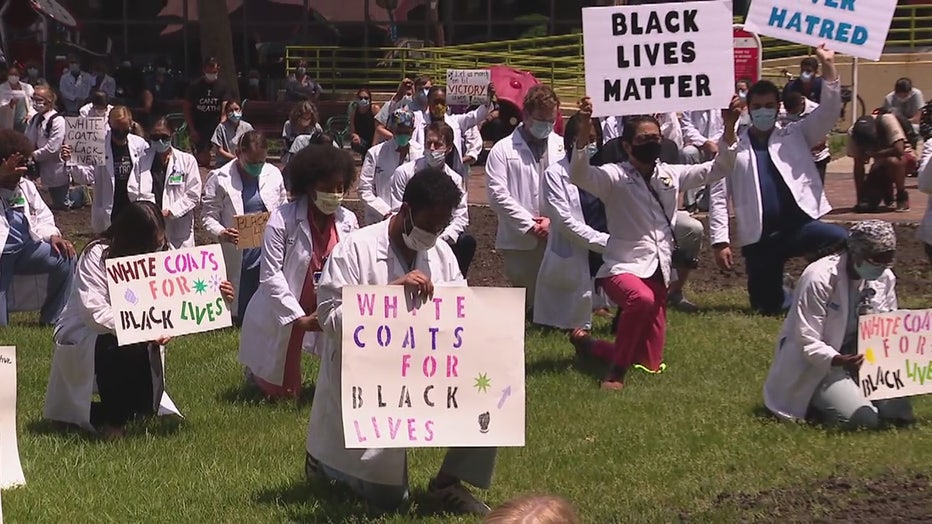