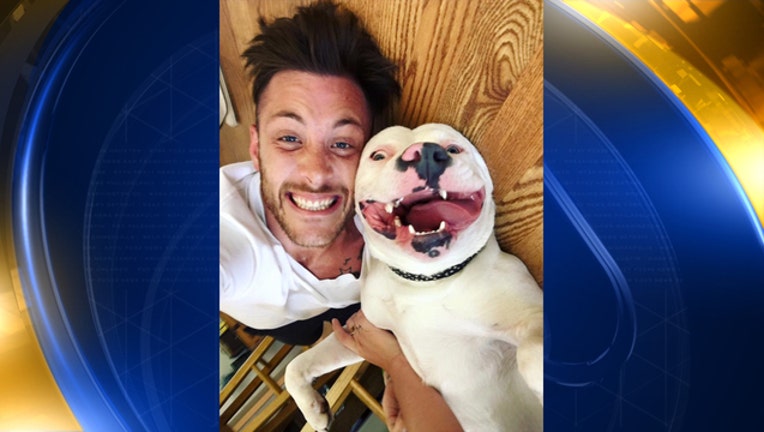 WATERFORD, Mich. (WJBK) - A photo of a Michigan man smiling with his newly-adopted dog made waves on the internet, but it may have also put the pup's adoption in jeopardy.

Dan Tillery adopted Sir Wiggleton from the Detroit Dog Rescue earlier this week. Sir Wiggleton had been in the shelter for almost 100 days.

Dan posted this photo of the two of them celebrating the adoption, and the photo went viral. It has been shared thousands of times and seen in countries across the world. Their story was also featured on Good Morning America, Yahoo and even People Magazine.

Dan also picked out a new name for his newfound friend -- Diggy.

Since their photo has gone viral, the city of Waterford got word of the adoption -- and the dog could be taken away.

The city is saying the dog violates a dangerous dog/pitbull ordinance. Dan says Diggy is an American bulldog, but police officers sent to the home concluded Diggy is a pitbull.

Dan says he has papers from DDR, Detroit Animal Control and Welfare and their veterinarian that state Diggy's breed as American bulldog.

Detroit Dog Rescue is holding a news conference Friday afternoon to discuss the case. Stay with FOX 2 for updates.