ECORSE, Mich. (FOX 2) - The mayor of Ecorse is a popular guy with the people. He was just re-elected.

But he's not so popular with his city council. They want him out - and the man running against the mayor says he believes he was used by the council to do their dirty work.

A downriver mayor won his re-election bid but was asked to step down the very next day after some allegations surfaced. And now the challenger to his seat says he helped do the dirty work to remove him but doesn't benefit at all.

"Why do you want to be the mayor?" Rob Wolchek asks mayoral candidate Jeremy Renshaw.

"The city, it needs somebody who's going to come in here and just want to really clean the place up and make it look beautiful again," Jeremy said.

This is a story about elected officials accused of trying to grab power.

"OK, do you think anybody else did?"

"I wouldn't be able to speak for anyone else."

And it's a story about the strange timing of a motion to remove the man in charge the day after he gets re-elected.

"You're the mayor so shouldn't you be kind of doing things totally above board?" Wolchek asked mayor Lamar Tidwell.

"There's nothing illegal about it," he responded.

"OK. So why are they asking you to step down?" 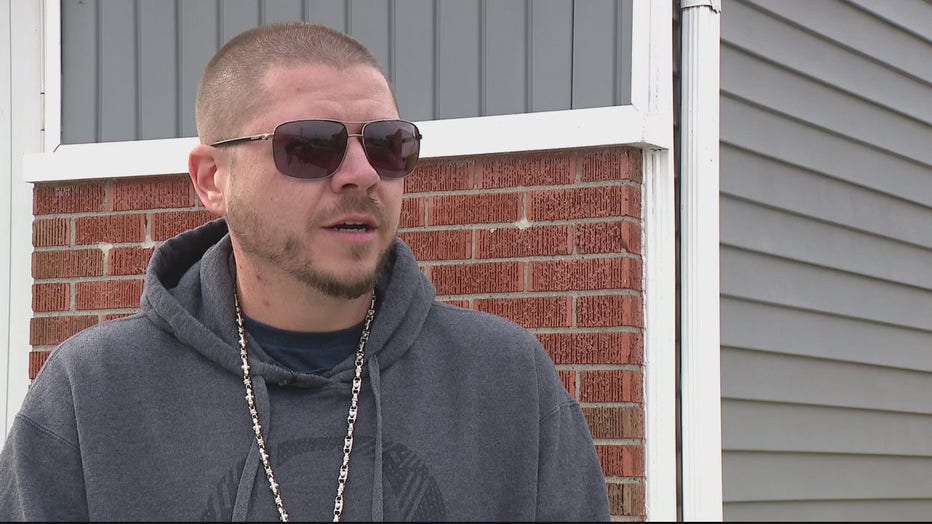 Jeremy Renshaw is just a regular guy who thought he'd run for mayor in the city he loves, the downriver city of Ecorse.

"I lived here. I've lived here for eight years. I own my own house, I don't owe any money on it. I'm going to be here," he said.

Jeremy won the primary earlier this year, which meant he would face off against the incumbent mayor Lamar Tidwell in November. Then things got weird.

Jeremy says he got a text from a sitting council member he didn't personally know with an article attached a month before election day.

"There are some police officers under investigation in the city of Ecorse for some stolen cars," Renshaw said.

The article says the AG's office is looking into recovered vehicles which were not properly reported as stolen and instead were listed as abandoned and then sold for personal use by people in high places.

Soon Renshaw got a copy of this bill of sale and information that mayor Tidwell, his opponent in the election, may have violated the rules and bought a Chevy Blazer from one of the officers named in the attorney general's investigation.

"Then the same city councilman sends me the charter and the charter says that the mayor purchases one of these vehicles for personal use or personal gain that he is to forfeit his position and they said they were going to make his step down and essentially I was going to run uncontested," he said.

Jeremy wanted to win and says he was urged to do "the right thing."

"When I got the information I immediately went to the next city council meeting and I spoke on it. And this city councilman said they were going to call for a vote to have him removed and they didn't."

The council didn't vote the mayor out during the next meeting, or the next meeting. Then it was election day and mayor Tidwell won in a landslide. And the very next night, the council now brought up the stuff Jeremy had been telling them about for a month - and immediately voted to ask him to step down.

And who brought up the motion? The man most likely to now take over as mayor - the mayor pro tem Darcel Brown. 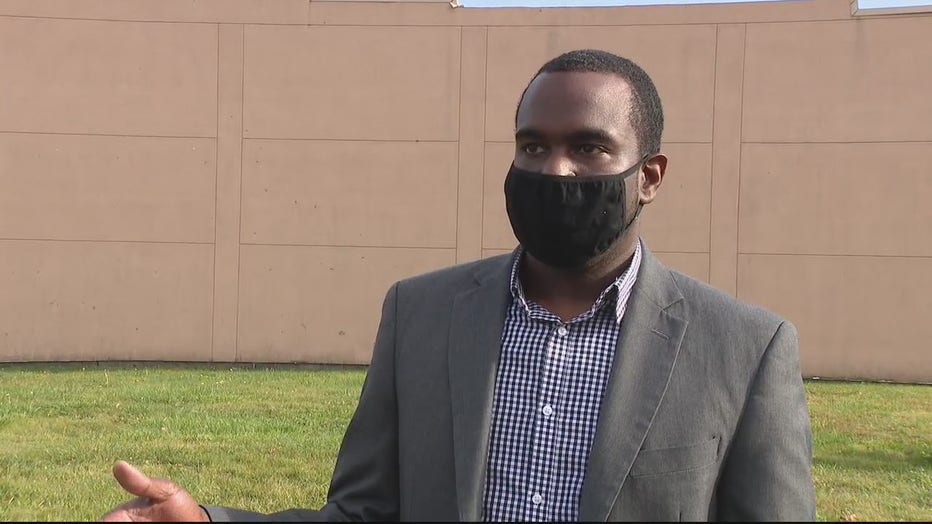 Darcel says he knew Jeremy had brought up the allegations but the council members weren't provided with documentation until the day after the election.

"Right before our meeting there was a notification sent out from the director of public safety and it stated that he was alleging that there was misconduct in regard to a vehicle being purchased by mayor Tidwell," Darcel said.

The documents are from Dr. Joseph Thomas, the director of public safety. He says regarding the Trailblazer, his investigation revealed "the car had been forfeited and awarded to the Hamtramck police department by the 31st district court ... The vehicle was scheduled to be sold at auction on 3-10-2017."

It then says "ironically, the car was listed as abandoned and registered to the Ecorse Police Department."

Next, it states, "The car was sold to a Mr. Lamar Tidwell, Mayor of Ecorse, by an Ecorse Police Officer for $500."

Right on top of the bill of sale, it says, "Law Enforcement Agency for Abandoned Vehicle/Vessle." In other words, it's listed as a forfeiture vehicle now up for public auction to benefit the city of Ecorse.

The "purchaser at public sale": Lamar Tidwell. The person authorizing the sale is the Ecorse officer named in the investigation involving seized stolen vehicles.

And in fact, in the October 22 letter from the director of public safety, he says, "Based on the above circumstances and facts, it appears that the mayor of Ecorse, Lamar Clarence Tidwell, was in possession, owned and sold the aforementioned vehicle. Therefore, his actions were in violations of the City of Ecorse Charter, Chapter 5, Section 7.  He knew or should have known the vehicle was not purchased according to the law and standards of the state of Michigan and the city of Ecorse."

The director of public safety told FOX 2 he can't comment on the matter because it's under investigation. Wolchek's other calls to the councilman who Jeremy says gave him the information, the city manager, the cop and the mayor all went unanswered.

But Wolchek finally caught mayor Tidwell - who was refusing to step down - outside leaving his home. 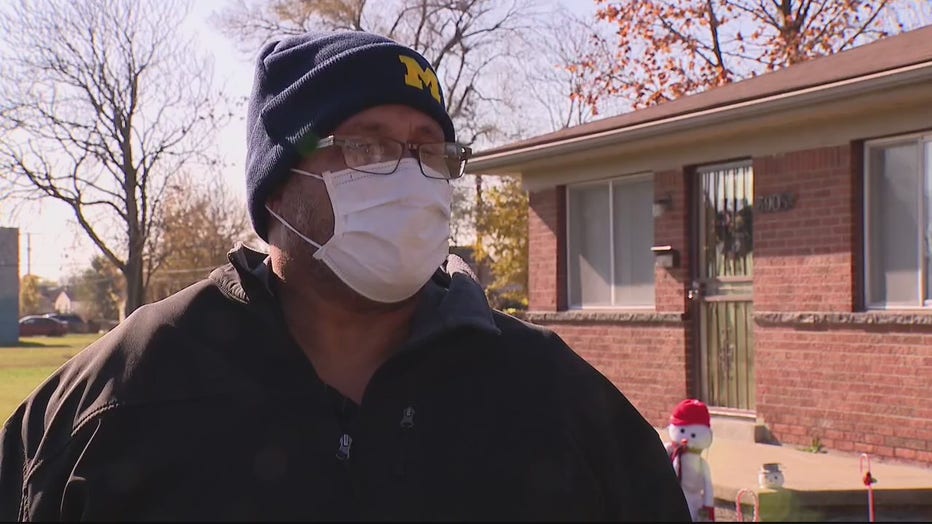 "The only person that can make me step down is the judge and I didn't do anything wrong," Tidwell said.

But after Wolchek showed him the bill of sale with his name on it, he opened up a little.

"So you're saying you didn't buy the car?" Wolchek asked.

"At kind of a shifty auction deal?"

"So who did you buy the car from?"

"I bought it from the towing company in Detroit."

"Uh, I don't know the name of it right now offhand."

Hmmm, says on the bill of sale you bought it from an Ecorse cop.

"The car was found in Detroit abandoned."

"And so how did you find out about this?"

"It was behind our station and I asked about it and they told me I had to go in Detroit to buy it."

As for his opponent in the election, he says Jeremy was played by seasoned politicians.

"That's what happened. They put him up to it," Tidwell said.

"They put who up to it? They put Jeremy up?" Wolchek asked.

"They put Jeremy up to it. It's all a conspiracy. All those guys was working together."

Jeremy isn't surprised by any of this. Now he's just guy who says he wanted to help out the city and is more disgusted than ever by the people who run it.

Meanwhile, Tidwell is still the mayor and says he was not named on any of the documents relating to the AG's investigation. However, the city council did ask the Wayne County Prosecutor to investigate and they did send a formal request from the governor to have Tidwell removed from office.