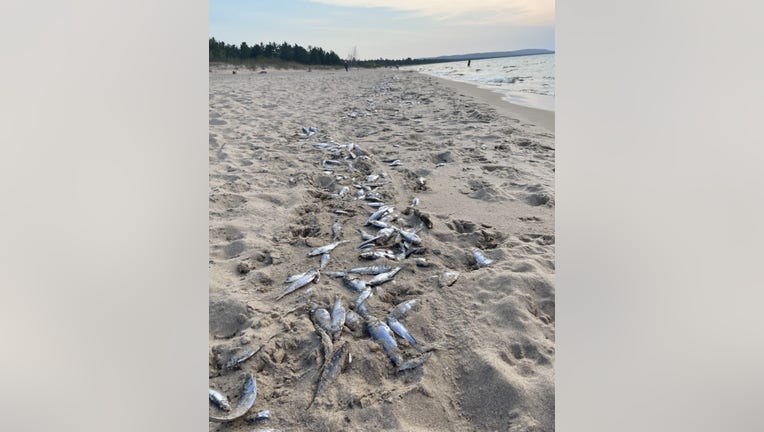 EMPIRE, Mich. (FOX 2) - Dozens of dead fish have been washing up along Lake Michigan at Sleeping Bear Dunes.

These fish are alewives, and they are invasive. Alewives were first found in the lake in 1949, and they now make up about 50% of all the fish biomass.

According to the National Park Service, living in freshwater is believed to be stressful to the fish, and changes in water temperature and oxygen levels can harm them.

The NPS believes warming water levels as the fish were about to spawn led to the die-offs, and the species is known for these die-offs.