David Willet claims he has connections and knows people - including a guy with millions of dollars to lend. He also told a college professor and a software engineer that he could get them a bundle of cash to finance their projects.

FOX 2 (WJBK) - A former small-town newspaper publisher's new hobby is grabbing headlines for the wrong reasons: he's connecting entrepreneurs with big-money investors - but Rob Wolchek learned that the investors weren't the ones who paid out.

David Willett claims he knows people - including a guy with millions of dollars to lend. He also told a college professor and a software engineer that he could get them a bundle of cash to finance their projects.

But that guy? He never even met him.

Instead, he had those two people who were willing to pay up for a chance to finance their dreams. By the time they saw the truth, it was too late.

Lynne is a college professor with a doctorate - yet she fell for a scam that is leaving her still questioning what happened.

She blames Willett for luring her in and telling her to trust a mysterious money man named Bob Montgomery.

Rick is a computer software developer from Chicago who said he also was caught up.

"I feel horrible," Rick said. "I never would have done this at all except for Dave Willett."

So who is Dave Willett and Bob Montgomery? Willett admits he's never met him. So why lead them to him?

Lynne had written several movie scripts and connected with Willett on social media.

"I've been trying to get the scripts produced and decided I was going to just open my own company and do it," Lynne said. "I ran into David on LinkedIN and he said that he knew everybody.'" 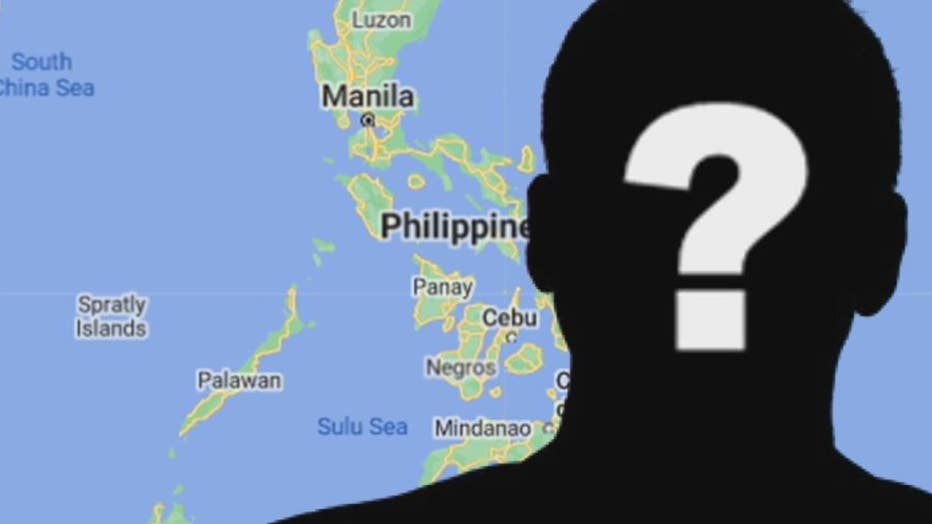 ''Everybody' includes people with money.

"Right off the bat he tells me he knows this man who has millions upon millions of dollars to invest in companies," Lynne said.

Rob Wolchek first met Lynne in the summer of 2020 after she said she'd been duped out of more than $60,000. But before we could tell her story, we needed to hear from another victim. In 2022, Rick came forward.

"I would have checked this out a lot more except for the fact that I had known Dave Willet, at this time, about three years." Rick said.

He had met Willett at a conference in Ann Arbor a few years back. Rick was trying to develop some new software and needed funding.

Both say Willett hooked them up with a British man named Bob Montgomery who was involved with a company called Beaumont Capital in London. Even though Rick and Lynne only wanted a few hundred thousand dollars for their projects, Bob Montgomery wanted to loan them way more. Millions!

By now, Willett's son, Doug, was in the mix. So what do they know about financing? David is a newspaper guy while Doug runs a technology company.

"Doug told me he was a tech guy and he was just doing tech things for Bob Montgomery. And then, suddenly, he went from tech guy to now he's the assistant." Lynne said.

But Lynne trusted Doug, after all she went to high school with him.

So, with both of them connected, it's time for the borrowers to jump through some hoops. 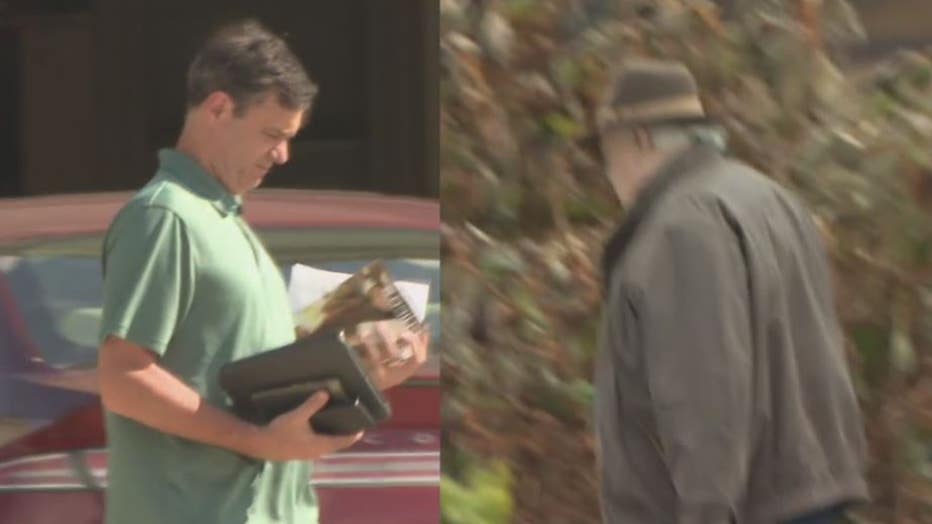 "(He told me) The first step is my investors require that you do this through a company in the Caribbean, so step one is you need to set up that company, and we'll do it for you (and it) costs you ten thousand dollars," Rick said.

Lynne's story is similar. Lynne and Rick each came up with the money and they were promised an LLC company through a law firm in the Caribbean which somehow was important to the transactions.

Rick questioned the professionalism and texted Doug, asking why investors worth millions would skimp on a law firm to manage the deals.

"They are not skimping. I have met the attorney in the islands. He is the real deal," Doug responded back.

"I never would have done it except for the fact that Dave Willett was part of it," Rick said.

"David kept telling me 'If anything goes wrong I'll pull out my checkbook, and I'll write you a check and you can just walk away from the deal'," Lynne said.

Lynne and Rick borrowed money from family and friends to come up with the $50K.

"My biggest shame is this - I went to a very dear friend of mine. And I told him, I needed help. And so he gave me money," Lynne said.

"The next step was Montgomery says you have to pay, I think it was about $500,000, which was insurance to make sure that if something went wrong with the deal the investors would get their money back," Rick said.

"That's when Doug said to me, 'Lynne, I know this guy's for real because I've been to his house in the Philippines," Lynne said.

"Doug had said he had visited Montgomery's home in the Philippines," Rick added.

"I was a fool. I own that. I made a stupid decision. I own that, but I was going to stop the bleeding right there," Lynne said.

Rick kept going and flew to London to deliver half of the million dollars he borrowed from his parents. He met the alleged Bob Montgomery who said, for convenience’ sake, he'd come to him.

"I thought it was weird that we were meeting in the hotel lobby and if it wasn't for the fact that Dave and Doug had introduced me to this guy, I would have thought this was very weird," Rick said. "Doug was in London and wrote the contracts that we eventually signed."

Months went by and Rick was then beckoned to Lisbon, Portugal, to get millions in investment money. Doug was there too.

"Doug was staying at Montgomery's apartment in Lisbon, which I thought was weird," Rick said.

"Two or three months ago, I heard from Doug Willett - or maybe both of them - that Montgomery died. And his real name wasn't Montgomery," Rick said.

Time to get some answers from David. We found him outside a Comerica Bank, and he said he was trying to help Lynne.

"She didn't get a loan. I connected her to someone I thought could help her. That's all I have to do with it," David said. 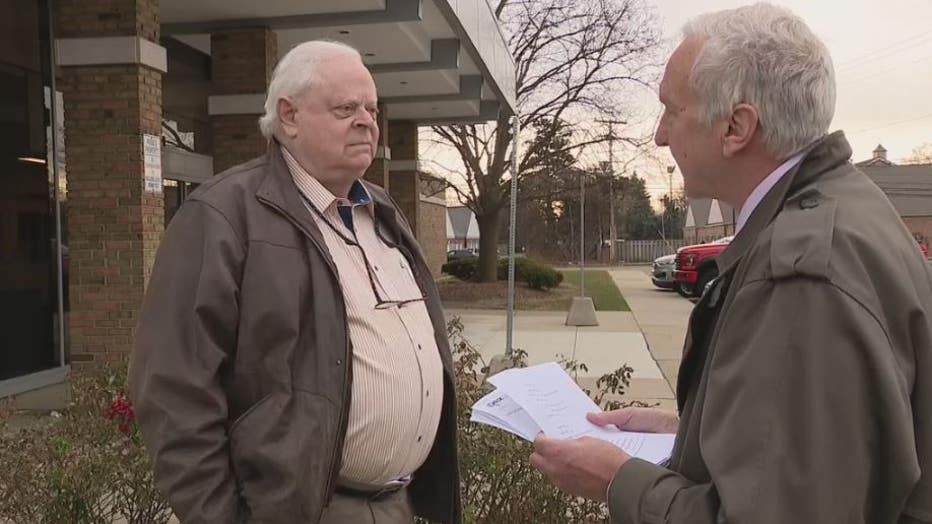 He said he didn't coax her into doing it.

As for Rick, he admitted to introducing Rick to 'Bob Montgomery'.

"What is it you want me to say? I've been introducing people to other people," he said. "I like helping people."

Rob pushed back and showed him receipts of the money lost - transfers, text messages from Doug to Rick, phone messages from David where he said "I figured out what I want to do here in terms of transferring these funds."

"I understand you don't get it and I have no obligation to say any more than I've said," David said.

As for his son, he recommended we talk to Doug - but he wouldn't give a number.

Lynne, despite losing the money, is committed to making sure it doesn't happen to someone else.

"I'm embarrassed. I was smarter than that and I should have known. But I'm not going to let this happen to someone else. And that's why David and Doug are in hiding now - because I'm not letting this die," she said.

"I am sorry that these people lost money on contracts that they either backed out on, or were not able to execute on. Although familiar with their situations, I was not a party to either one of those contracts. In other words, I did not hold any legal obligations to, or receive any benefit from these dealings. If Lynne and Rick want to try to 'shame me' in the court of public opinion, that is on them. I wish them no ill will."

Lynne and Rick told Wolchek that they have contacted the FBI.