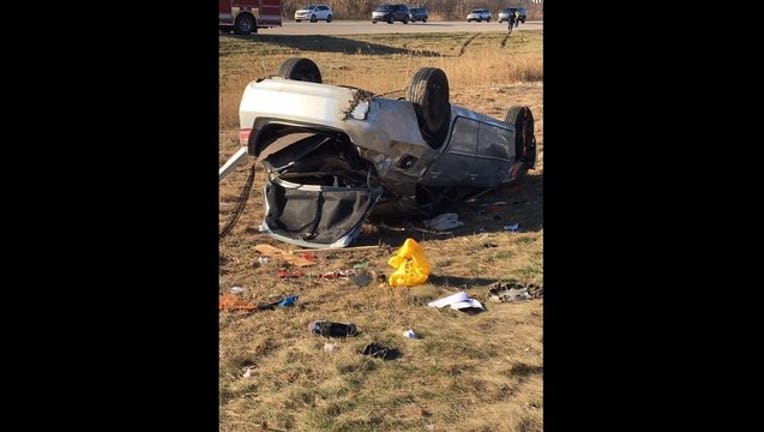 (WJBK) - Michigan State Police say that a driver driving a vehicle on eastbound I-94 east of Telegraph lost control after falling asleep.

There were four passengers in the vehicle and police responded to the crash around 9 a.m.

The vehicle rolled over numerous times, leading to one passenger being tossed out on the westbound I-94 lanes.

Another passenger was also ejected out of the back window of the vehicle.

The driver of the car was caught under the vehicle. The vehicle finally came to a rest in the median near Pelham Road.

Two of the passengers were transported by medics to Beaumont Hospital in Dearborn, while another passenger had minor injuries.