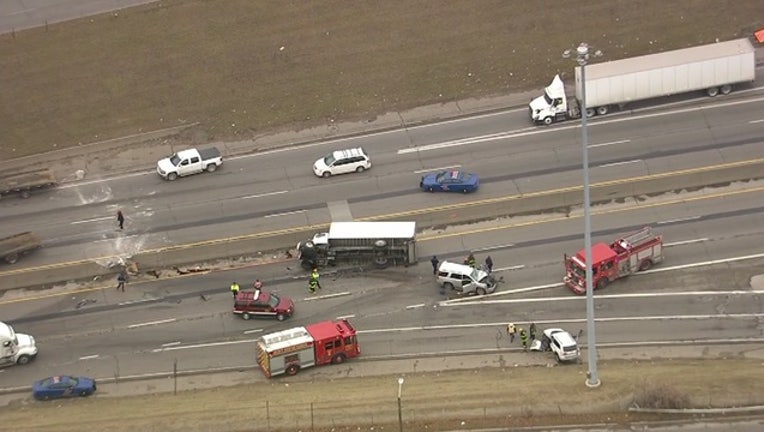 MSP tweeted the first crash, on the eastbound side near I-75, involved six vehicles. Two people were injured, though not seriously.

Then, MSP says a driver on the westbound side was trying to see the crash and hit another car, and then the wall.

The eastbound lanes were closed completely for the bigger accident, and the westbound side was down to one lane while police investigated and cleared the scenes.

Police didn't elaborate yet on what caused the first crash.

Police tweeted out the information as a reminder for drivers not to gawk at crashes.