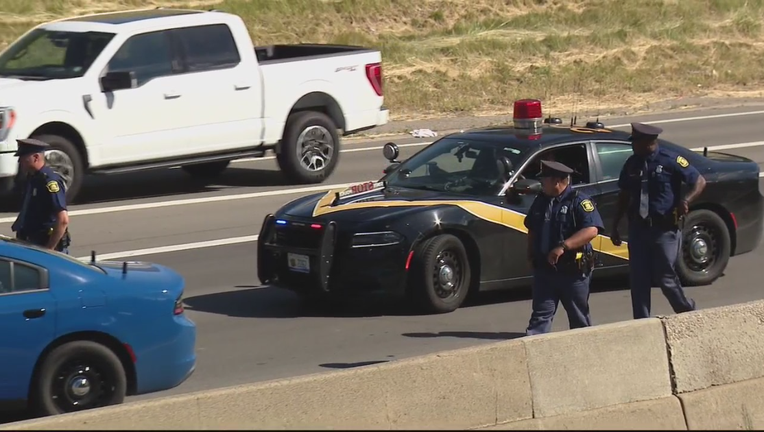 Michigan State Police are investigating a shooting on I-94.

HARPER WOODS, Mich. (FOX 2) - Michigan State Police are investigating after a man says he was shot at on I-94 freeway in Harper Woods.

Police say a driver called 911 Saturday and stated his car was shot at on eastbound I-94 near Vernier.

According to MSP, the victim was driving a red Dodge Journey and entered the eastbound I-94 freeway from Moross. He told police he saw what he thought was a road rage incident and one of the parties had a gun.

The victim stated he started to drive off when he believed his vehicle was stuck once. No injuries were reported.

The freeway is shut down on EB I-94 near Allard for a casing search. The investigation is ongoing.