FOX 2 - The video is still shocking and hard to watch - a pregnant woman being run down in a Dearborn Heights parking lot.

A Detroit woman was sentenced to probation Friday after a verbal fight led to her hitting a pregnant woman with her SUV in the parking lot of a Burger King last June.

Ladonna Boatwright was originally charged with seven counts but walked away with two misdemeanors.

"Once you get to a place of safety you are supposed to leave. And you didn't do that," Wayne County Circuit Court Judge Qiana Denise Lillard said.

Ladonna Boatwright was originally charged with seven counts, including assault with intent to murder and assaulting a pregnant woman, pleaded no contest to two misdemeanors. Boatwright, 37, was sentenced Friday to 18 months’ probation.

"I think that this is a very unfortunate situation but as sad as it is, it could have been worse," Lillard said. "Because if she had died, you would be facing a completely different set of charges."

Dearborn Heights police say back in June, outside a Burger King on West Warren, Boatwright got into an argument with two women in the parking lot. One of them was eight months pregnant at the time.

Cell phone video shows the pregnant woman and another woman hitting Boatwright, a Burger King employee, while in the driver’s seat of her black SUV.

Boatwright closed the door, and the two women walked away. But then, Boatwright is seen aggressively backing out of the lot and hitting that very pregnant woman with her car.

That woman was taken to the hospital and surprisingly, only suffered bumps and bruises. The baby was said to be okay as well.

Despite giving Boatwright probation, this judge also ordered her to complete a work program and to stay away from the two women.

"Out of something very bad, something good may be able to come out of this," Lillard said. 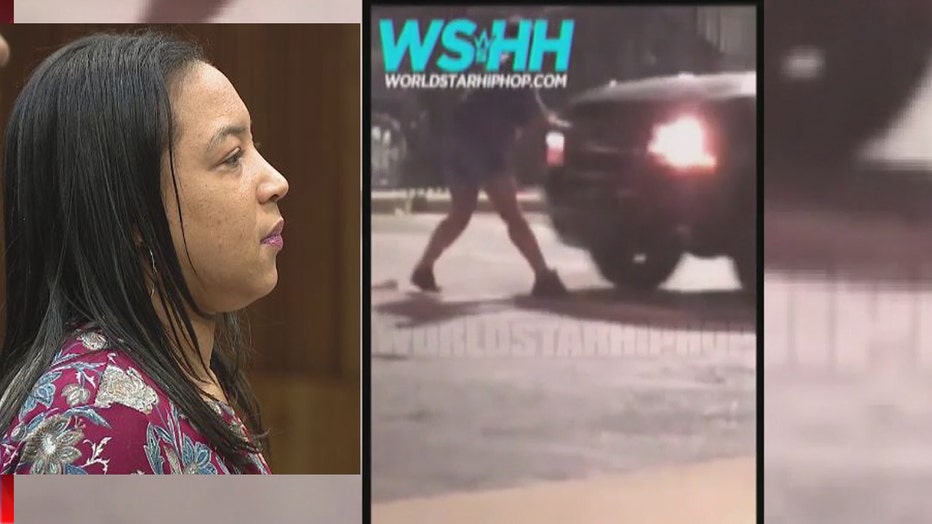