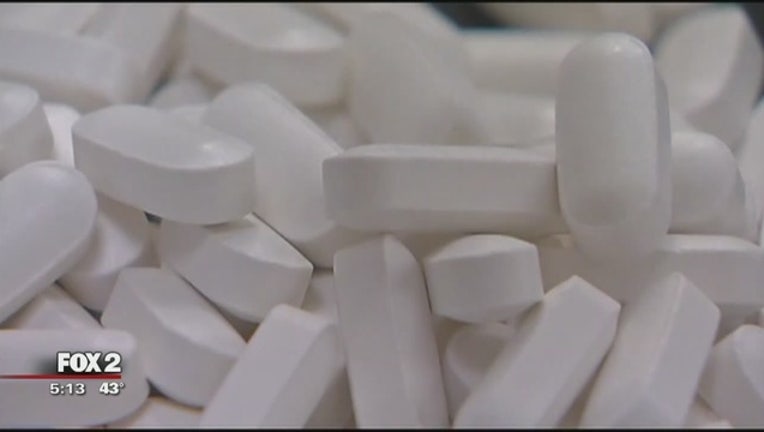 (AP) - A pharmaceutical company founder accused of bribing doctors across the U.S. to prescribe a highly addictive fentanyl spray was convicted Thursday in a case that exposed such marketing tactics as using a stripper-turned-sales-rep to give a physician a lap dance.

John Kapoor, the 76-year-old former chairman of Insys Therapeutics, was found guilty of racketeering conspiracy after 15 days of jury deliberations. Four ex-employees of the Chandler, Arizona-based company, including the former exotic dancer, were also convicted.

Some of the most sensational evidence in the months-long federal trial included a video of employees dancing and rapping around an executive dressed as a giant bottle of the powerful opioid spray Subsys, and testimony about how the company made a habit of hiring attractive women as sales representatives.

The case threw a spotlight on the federal government's efforts to go after those it views as responsible for fueling the nation's deadly opioid crisis.

Opioid overdoses claimed nearly 400,000 lives in the U.S. between 1999 and 2017, according to the Centers for Disease Control and Prevention. An estimated 2 million people are addicted to the drugs, which include both prescription painkillers such as OxyContin and illegal drugs such as heroin.

Kapoor and the others were accused of bribing doctors to boost sales of Subsys and misleading insurers in order to get payment approved for the costly drug, which is meant for cancer patients in severe pain. The bribes were paid in the form of fees for sham speaking engagements that were billed as educational opportunities for other doctors.

The charges carry up to 20 years in prison.

"We will continue the fight to clear Dr. Kapoor's name," defense attorney Beth Wilkinson said in a statement. She said the long deliberations prove it was "far from an open-and-shut case."

A former sales representative testified that regional sales manager Sunrise Lee once gave a lap dance at a Chicago nightclub to a doctor whom Insys was pushing to write more prescriptions. Lee's lawyer said she will challenge the verdict.

The company's former CEO, Michael Babich, pleaded guilty and testified against his colleagues. He said Insys recruited sales reps who were "easy on the eyes" because doctors didn't want an "unattractive person to walk in their door."