(FOX 2) - Michigan State Police say a 26-year-old man has been arrested after he was found intoxicated and slumped over at the wheel of a car.

Troopers were called out on Nov. 15 to the car in the area of Brown Road and Ebeling Road in Bruce Township. 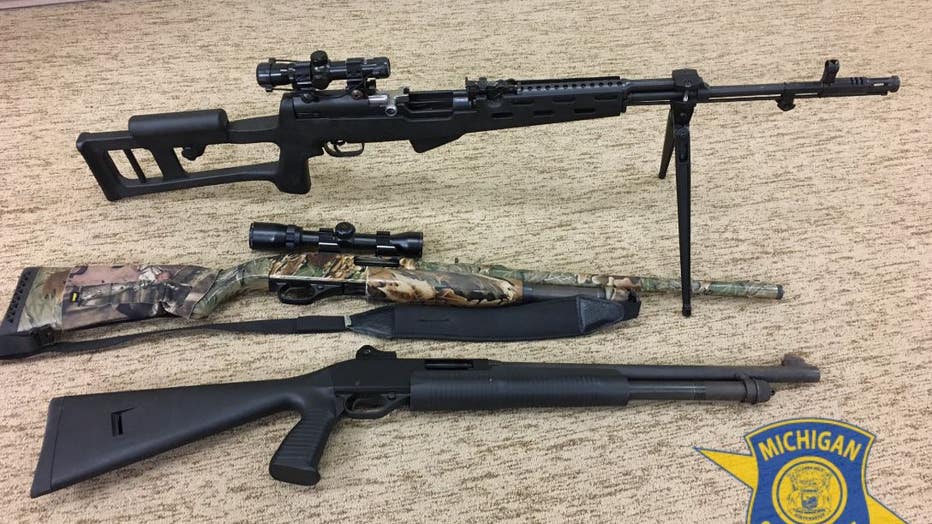 The car was parked and running when troopers got there and the driver was unconscious.

The driver was found to be a 26-year-old from Armada, and troopers say he was intoxicated. He was arrested for OWI.

Troopers also then found three long guns in the vehicle, which were seized.

The driver was taken to jail and charges are pending for OWI and possession of firearm while intoxicated.

Police have not given the name of the suspect.