ROMULUS, Mich. - The U.S. Customs and Border Protection has seized tens of thousands of undeclared dollars that was stashed inside disposable menstrual products packaging carried by a woman traveling through Detroit Metro Airport. 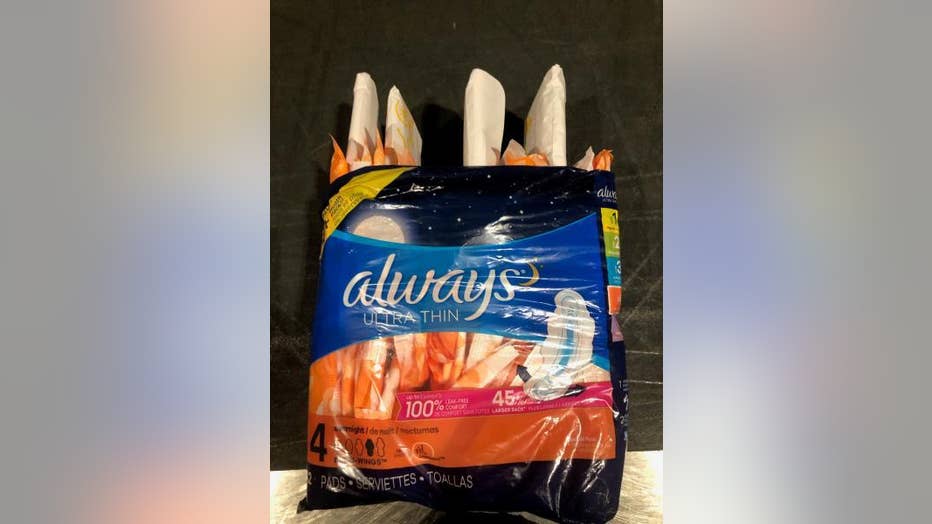 The traveler, who was flying to Amsterdam earlier in February, had stored more than $60,000 in cash that she failed to notify customs about when she was preparing to travel.

Enforcement first noticed the undeclared funds while inspecting her bags.

Currency law in the United States says that anyone traveling with more than $10,000 in money must notify CBP prior to traveling to or from the country.

However, on Feb. 3, a woman who planned on flying to The Netherlands reported she was only carrying $1,000. As an officer inspected her baggage, they found "bundles of cash" that had been placed inside envelopes, which were concealed inside packaging carrying menstrual pads.

"CBP enforces these regulations to combat money laundering or other criminal offenses," said Port Director Robert Larkin. "I’m proud of our officers and the work they do to interrupt currency smuggling operations and illegal activities daily."

Officers then seized the money.