Mayor Mike Duggan announced ways to tackle the deficit the city is facing.

DETROIT (FOX 2) - Detroit Mayor Mike Duggan says the City is facing a $348 million budget shortfall because of the coronavirus outbreak.

Police, fire, EMS and bus workers will not see a pay cut as Duggan said he wants to see staffing stay at current levels.

Duggan said the shortfall includes the end of this fiscal year which ends June 30 and the start of the next one in July. But he added the city is prepared to cover about $298 million of the money needed.

The city's 200 part-time and temporary employees will be laid off, which will save $6 million. The rest of the $44 million needed will be coming from the city's 8,000 employees which will be divided into four groups.

None of the four groups will get a pay increase for July 1. 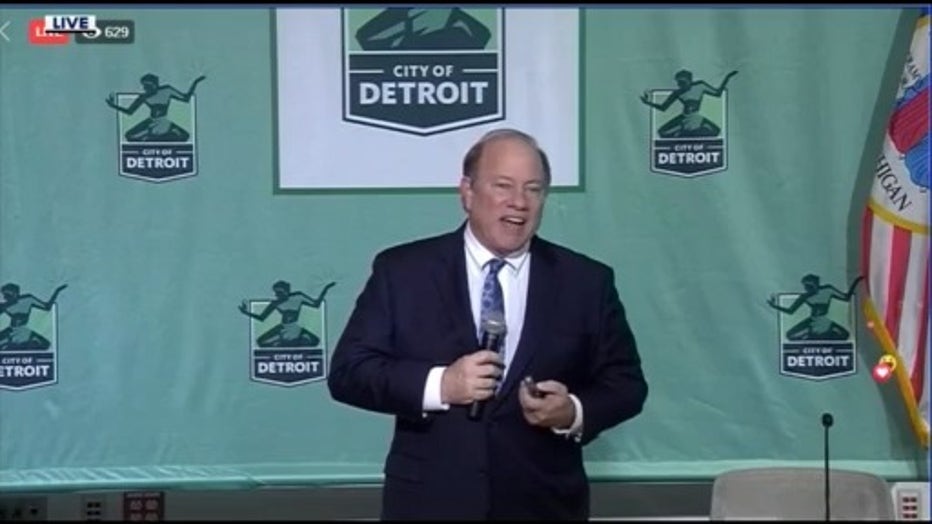 The first group of 10 percent workers include Detroit police traffic control, DDOT ticket sales sellers, DPW road repairs, building safety staff and office assistants. They will keep city insurance and have to apply for state underemployment. They will also qualify for $600 per week federal unemployment until July 31.

The second group, or 80 percent are office managers, accountants, IT specialists, financial analysts. They keep city insurance and will get state Work Share benefits for each day off, for a reduced time. They also will get $600 a week federal unemployment through July 31.

The third group will continue to work full time.

The fourth group, which is 5,500 people includes police, fire, EMTs, DDOT drivers and mechanics and others who work public facing shifts will keep the same hours and pay. For those with a contractual pay increase July 1, the city is asking they give up the increase "because that will give us the money to keep the health care going," Duggan said.

Duggan said the city can cover $298 million of the shortfall through a combination of things.

>>Watch the entire presentation below