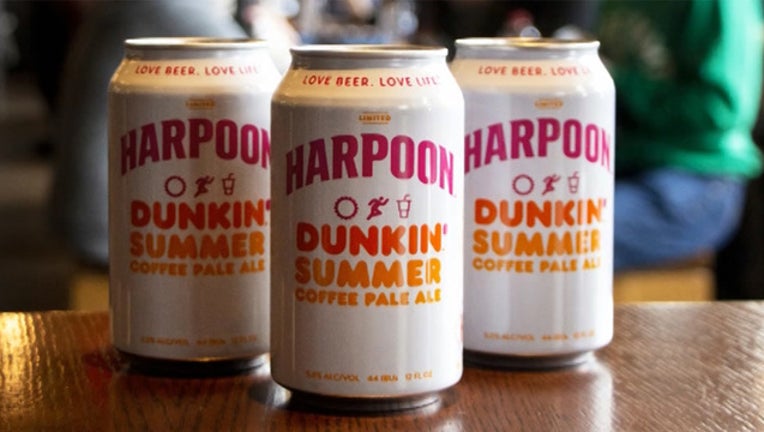 BOSTON, Mass. (FOX 13) - Dunkin’ is dipping into the beer business.

The Massachusetts-born donut chain has partnered with a Boston brewery, Harpoon Brewery, to bring a new summertime beer. It is called the Summer Coffee Pale Ale, and it’s only available at select retail locations across the eastern U.S.

It’s a light beer with hints of Dunkin’s “Original Blend” coffee. The beer, according to a news release, has 5% ABV. Dunkin’ said it pairs well with summer foods, such as coffee-rubbed brisket, chipotle chicken tacos and brunch foods.

This isn’t the first collaboration between the two beverage brands. The companies released a coffee porter last year.

The limited-edition pale ale beer will only be available through the summer.