E. coli: How it spreads, symptoms and how to prevent illness

Some strains of E. coli, a bacteria that live in the intestines of people and animals, can be particularly dangerous to infants, young children, the elderly and those with compromised immune systems.

The "fast-moving" e. Coli outbreak that has sickened people in at least four states is growing, and health officials expect more confirmed cases in coming days as they try to determine whether romaine lettuce used in Wendy’s sandwiches is the source.

Wendy’s pulled the lettuce from sandwiches in its restaurants in Michigan, Ohio and Pennsylvania on Sunday after people eating them there reported falling ill. The U.S. Centers for Disease Control and Prevention reported Friday that at least 37 people have been sickened, with an additional illness reported in Indiana.

But in Michigan alone, there are 115 cases of e. Coli reported, 53 of which have been linked to the current outbreak, according to the Michigan Department of Health and Human Services. The CDC website reports 15 cases in Michigan.

More than half of people in Michigan with this strain of e. Coli have been hospitalized, and four have hemolytic uremic syndrome (HUS), a severe complication that happens in some people who have an e. Coli infection. The CDC reports 10 hospitalizations in all four states.

Michigan’s health agency expects more cases in coming days as genome sequencing continues to see if the cases are connected. The age range of people with e. Coli in Michigan is 6 to 94 years old.

The CDC said there is no evidence that romaine sold in grocery stores is linked to the E. coli outbreak. The agency also said it is not advising people to stop eating at Wendy’s or not to eat romaine lettuce. 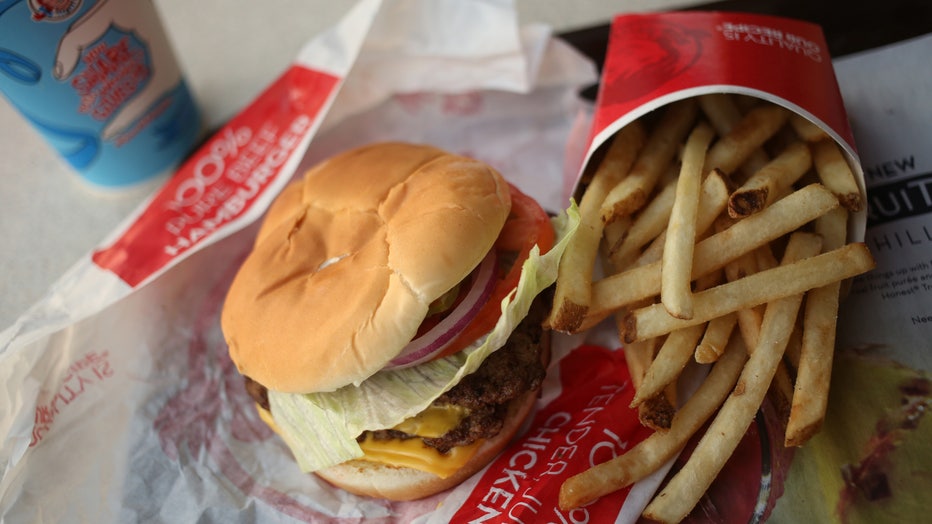 A Wendy's Co. classic double cheeseburger and french fries are arranged for a photograph at a restaurant location in Mt. Vernon, Illinois, U.S., on Wednesday, July 29, 2015. Photographer: Luke Sharrett/Bloomberg via Getty Images

Wendy’s says lettuce used in its salads is different and not affected by its decision to pull the lettuce from sandwiches.

At least 10 people infected in the four states have retained food safety attorney William Marler, FOX Business reports. Marler filed lawsuits this week in Ohio and Michigan and said he expects more complaints will be filed.

Two of the people sickened ate a Dave’s Single Hamburger, and one ate a Jr. Cheeseburger Deluxe. All 10 had stomach pain and diarrhea days after they ate at Wendy’s. One of the plaintiffs in the lawsuit was hospitalized twice.