DETROIT (FOX 2) - Just after 1:30 Wednesday morning residents in a west side Detroit neighborhood heard a hail of gunfire.

"When I woke up about 1:30 and it was about 40 to 50 gunshots was all I heard," said a neighbor who wished to remain anonymous.

When police arrived at the scene, officers found a man dead from a suspected shootout.

When police arrived at the scene on Cambridge and Birwood, officers found a man dead from a suspected shootout.

"That's what I was scared of when it started happening," said a neighbor.

Police say a gold or silver Buick Rendezvous SUV was seen fleeing the area after shots rang out.

Shattered glass and pieces of a vehicle mark the spot where the vehicle came to a rest as the search for the killer continues.

The victim is a black male who was wearing orange colored gym shoes at the time of the shooting.

As the bullets rang out property in the area including parked cars were damage.

"It happened so fast," a neighbor said. 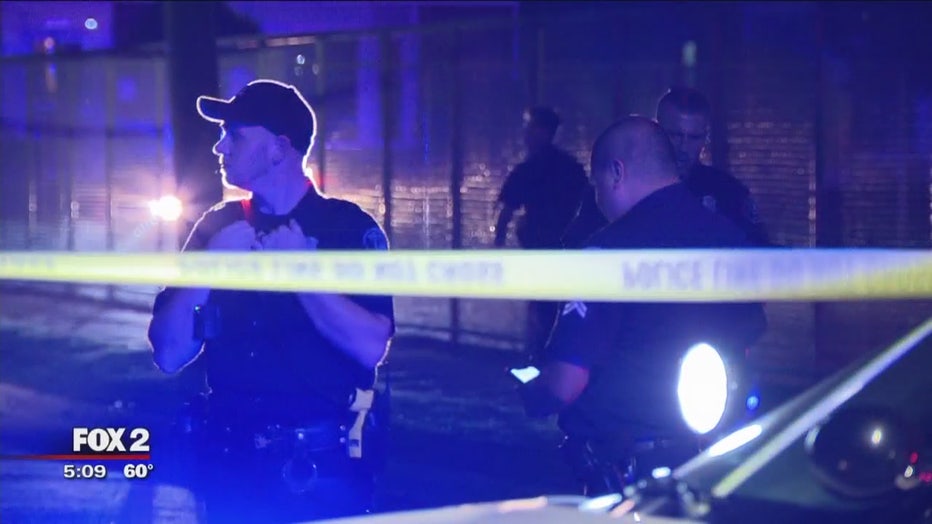