DETROIT, Mich. (WJBK) -
A traffic stop led to a high speed chase ending with a crash on the east side of Detroit.

Police found abandoned puppies inside the suspect's SUV before being chased down on foot and arrested. The man is a parole violator for armed robbery.

The chase began when Detroit police officers tried to make a traffic stop of the GMC at E. Warren and Guilford but the man refused to stop.

The driver took off reaching speeds of more than 80 miles per hour as Michigan State Police troopers in the area joined the chase.

The troopers intercepted the vehicle and followed him up to Harper and eventually onto I-94 and then back onto the surface streets.

At Gratiot and State Fair, his female passenger jumped out of the vehicle. The driver finally crashed into a parked car on Fairport Street and fled on foot, abandoning the puppies.

The puppies did not appear to be injured in the accident.

Anyone wants to adopt the two puppies contact the Michigan State Police Oak Park office at (248) 584-5740. 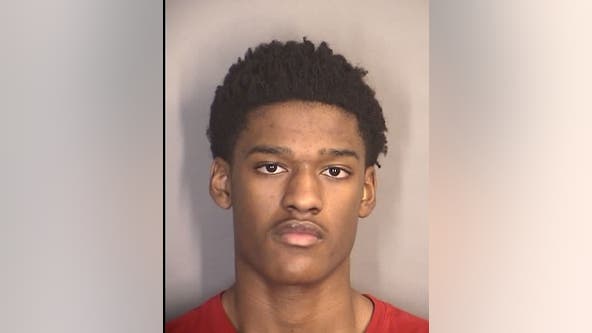