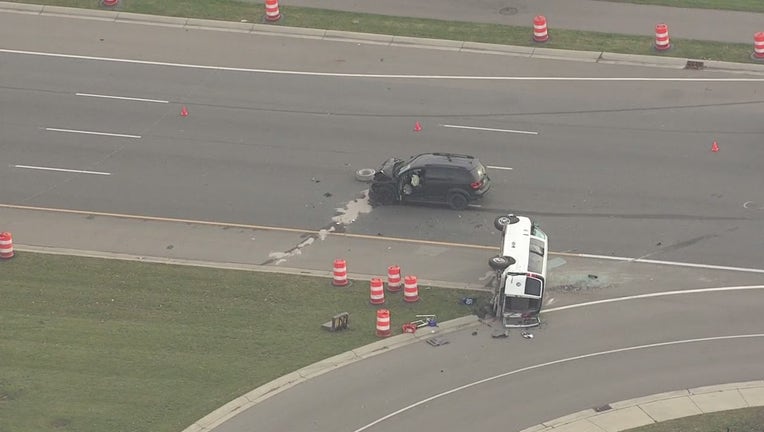 CLINTON TWP, Mich. (FOX 2) - Police in Macomb County are on the scene of a two-car crash on Hall Road Friday afternoon after an SUV and a van crashed, causing the van to land on its side and the SUV's airbags to deploy.

Video from SkyFOX showed the SUV with deployed airbags. The full-size passenger van had come to rest on the passenger side with the front windshield broken out. Around the area of the crash, there was also a walker and a seat from a vehicle. It's not known if these items were related to the crash.

Police said the SUV and passenger van collided and there were multiple people in the conversion van.

It's not known how serious any injuries are. Police are still on the scene and investigating. The road has been narrowed to one lane for eastbound traffic and drivers are urged to avoid the area. 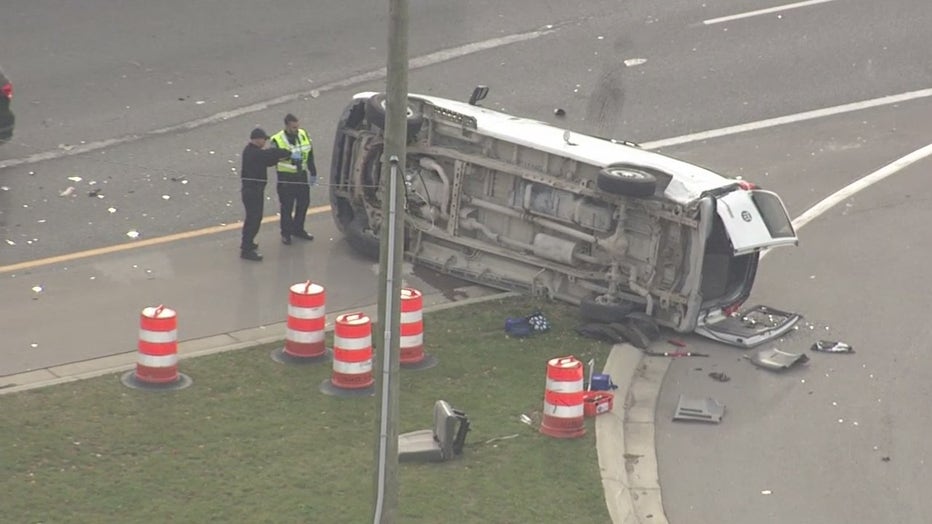