"Sometimes you have to suffer through things but you do it," said Lucile Ruonavaara.

Lucile Ruonavaara has lived at Baldwin House in Hazel Park for the past six years. She's weathered a lot of storms in life and this is yet another - 120 residents here at the senior living complex - not to mention staff - without power.

Baldwin House in Hazel Park is dealing with a power outage while trying to keep their residents - many of them seniors - hydrated and safe.

"They brought my meals up and come in a check and see if I'm alright so you can't ask for anything better than that," she said.

The staff gave out 125 portable lanterns, delivered meals and tried to make sure the residents - many of whom are elderly - are okay.

"Making sure everyone's safe and sound and hydrated and eating properly and getting their medications," said Rob Gillette, CEO, Baldwin House Senior Living. "It's an emergency situation so everyone needs to kind of roll with it - but they're doing a great job."

"People are going to die. Last night the ambulance was here, one was here every hour taking somebody out of here - so it's a bad situation," Allen said.

Many of those people were on oxygen and had to be transferred to other locations, but for Allen - who is in a wheelchair - there's another problem.

"I'm on the third floor and without the elevator, I'm in jail - I can't get out," he said.

CEO Rob Gillette says they have emergency protocols in place for the residents.

"We are in constant contact with our local fire department, they're aware of our situation, they visited our building multiple times already," Gillette said.  "We're at the mercy of DTE and their crew, so we're hoping that they get to it as fast as possible because we really would like to get back to normal."

With temperatures on the rise and no air conditioning, keeping residents cool and hydrated - is a challenge.

"Right now I have my balcony door open - so - it's okay," said Barbara Walker.

And in addition to the staff, Barbara's son is checking on her, too.

"I'm just making sure she was okay - if she needed something, I was here to get it," said Scott Amesse.

That's why Linda Ruonavaara was there as well, to make sure Lucile is okay - and to get her some air conditioning. 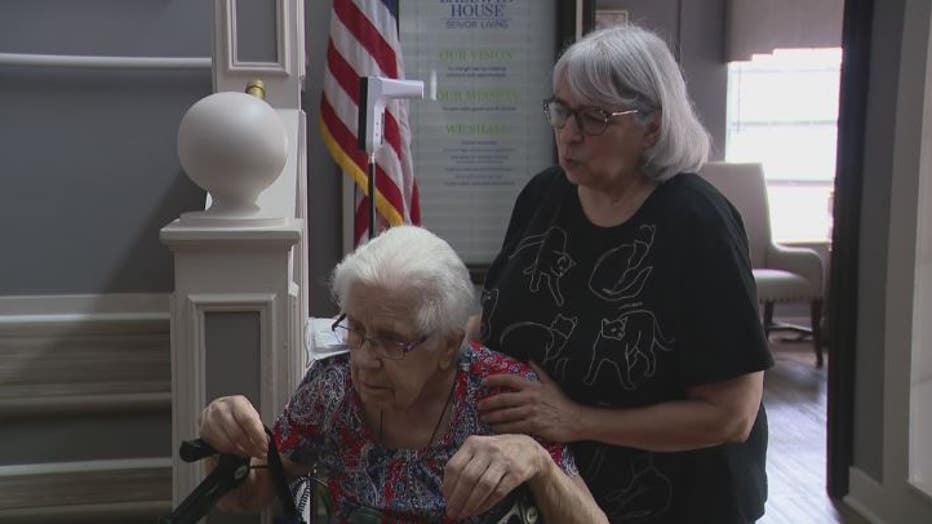 "Mom likes it warm, but it's a little too warm up there," she said. "I'm going to take her out to lunch and then take her to my house - it will be a little cooler."

And once the power is back at Baldwin House, Lucille says - she will be, too.