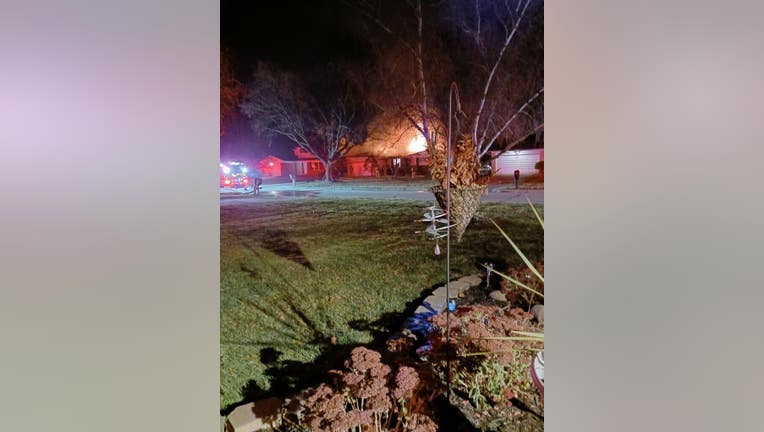 Footage captured by a neighbor of a house fire where one person died.

SOUTHFIELD, Mich. (FOX 2) - A 91-year-old woman perished in a house fire in Southfield early Thanksgiving Day after a blaze tore through the structure.

When they arrived, they found the home fully engulfed in flames before managing to extinguish it.

While searching through the wreckage, they found an elderly woman deceased in the home. She was the only person living at the home at the time.

Authorities aren't sure if there were any working smoke detectors inside.

The fatality is the latest in a rising trend of deaths linked to house fires in Michigan. The Southfield Police Chief said deaths are up 11% compared to the past four years, with a majority occurring between 6 p.m. and 6 a.m.