(FOX 2) - A candidate for the Michigan House of Representatives is not happy about last week's election.

At one point, Brenda Hill was leading the ballot count - but then later in the day on Wednesday a candidate who was far behind somehow won the seat.

"One hundred percent of Wayne County precincts were supposedly in. I had won. Everybody moved like I had won. People from Lansing were calling me to set up meetings for next week," Hill said. "The Wayne County Clerk had congratulated me."

But now Hill, a Democratic state house candidate for the 10th District, is raising serious concerns about last week's primary results. She lost out to Mary Cavanagh, who Hill says was trailing in votes late Tuesday but experienced a stunning upturn by way of absentee votes.

"There is no way this has never happened before, that someone comes out of far third place and jumps ahead of the person in first place in the middle of the day the next day after the election. They can't blame that on absentee ballots. That's blamed on deliberate corruption," Hill said. 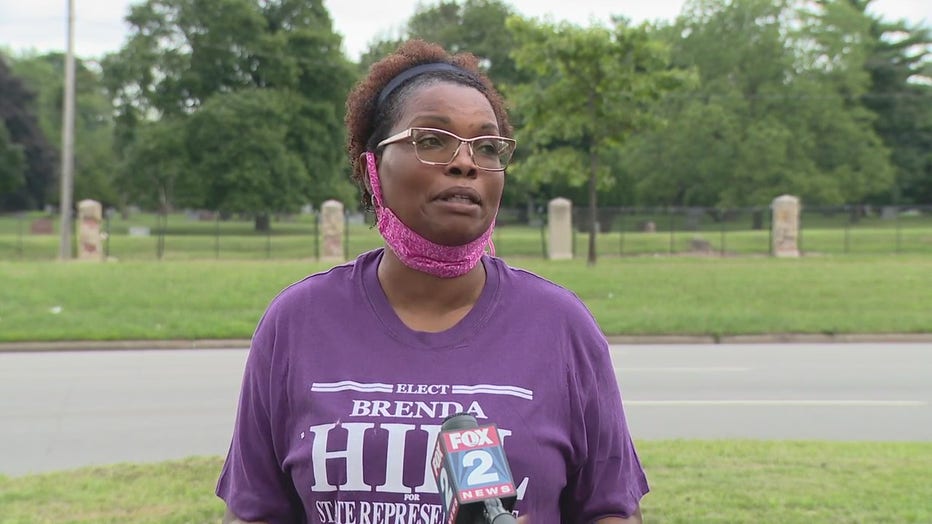 Cavanagh is from Redford, a township where a judge ordered the clerk and his entire staff to leave the office from July 21-28 because of a legal spat with a township trustee. Concerns there were heightened after a former clerk's office employee was seen emptying an absentee ballot drop box. The deputy clerk says those ballots were ultimately locked in the office after they were removed.

Small, one of Brenda Hill's supporters and a member of Detroit's Charter Commission, wants to know who that worker is.

"It seems to be mum's the word as far as who this actual staff person of Redford that was put in place in the interim to take over for the clerk and the deputy clerk. Let's just be honest, you have this candidate that they're trying to claim that won, her mother is the treasurer for Redford. We don't know if that's one of her staff person," Small said.

We reached out to Mary Cavanagh for comment and did not receive a response.

"I am completely confident that the sanctity of the election was maintained throughout the entire process in Redford Township in spite of the Temporary Restraining Order that was in place from July 21st - July 28th. Only authorized personnel were in contact with the ballots at all times…. Ms. Cavanagh won that election with a 6% margin (1,134 votes), a substantial lead given the field of eight candidates."

Brenda Hill's campaign plans to file a complaint with the Secretary of State Tuesday that will get the wheels turning for an investigation.

The Wayne County Board of Canvassers will certify the election next Tuesday.