Several Elvis Presley's artifacts will be up for auction including his childhood home. (Rockhurst Auctions)

TUPELO, Miss. - It’s not quite the Heartbreak Hotel, but a piece of Elvis Presley's history is up for bids, starting at $25,000.

Chicago-based Rockhurst Auctions will put the legend’s abandoned childhood home for auction, which will open up to bidders in August.

Auctioneers said the home — at 1241 Kelly Street in East Tupelo, Mississippi — was once the residence of Elvis and his parents, Vernon and Gladys, for a period from 1943 to 1944. It’s not far from the home in which the "King of Rock ‘n’ Roll" was born.

RELATED: Graceland celebrates 40th anniversary of opening to the public — here's a look at its history

It should be noted that the family moved multiple times during Elvis’ childhood.

According to the New York Post, the three-bedroom, 1,260-square-foot home first went up for auction in 2020. But despite having interested parties, due to the timing of the raging coronavirus pandemic, it was unable to score any buyers. 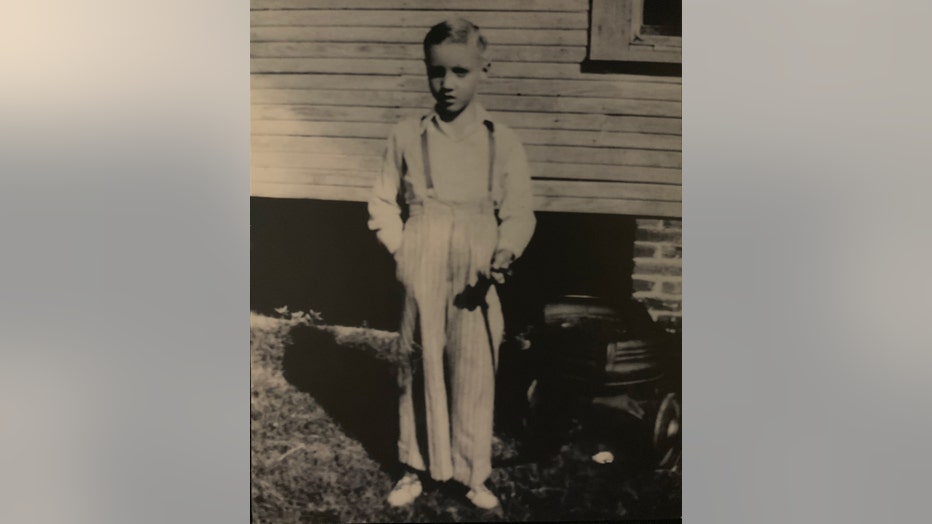 The home was deconstructed in 2017 with the disassembled elements being stored in a trailer.

"The house itself has been dismantled and taken apart meticulously, so it can be put back together. It is being stored in a trailer," Jeff Marren, owner of Rockhurst Auctions, told The Post.

"So when someone buys the house, they’re going to get the whole trailer and the designs for putting back together," Marren continued. "Whoever buys it can actually hire the person who took it apart to put it back together for them.

The home auction is part of Rockhurst’s "Auction on Elvis Presley Blvd" which will be held on August 14 in Memphis Tennessee. Along with the home, other Elvis artifacts will be up for auction including his personally owned jewelry and clothing, clothing worn in his movies, autographs, vintage concert memorabilia.

His death was officially blamed on a heart ailment, but it soon became apparent that the singer had been a drug abuser for years.

His performances were like no one else’s - although there have been countless Presley impersonators decked out in the sequined jumpsuits that became a Presley trademark.

Presley, who could caress a ballad like ″Love Me Tender,″ reverently deliver a gospel song or rip a foot-stomper like ″Hound Dog″ with unbridled exuberance, became a symbol of restlessness that teen-agers in the 1950s embraced.

His combination of rhythm and blues, gospel and rock earned him the title of the king of rock ‘n’ roll. His early music style was quickly embraced by singers like Jerry Lee Lewis, Johnny Cash, Roy Orbison and Carl Perkins. The Presley influence is still noted in the styles of current singers like Mickey Gilley and Moe Bandy.