FOX 2 (WJBK) - Former Republican candidate for governor Perry Johnson is running another political Super Bowl ad next month - announcing he is running for the US Senate, or possibly even, president of the United States.

"I do have a very big announcement to make," he said. "I'd pay attention to this coming Super Bowl because I will be running an ad and the ad will probably give you a real good idea of where I'm going."

With the incumbent Democratic U.S. Senator Debbie Stabenow not running again, Johnson confirms he is interested in that seat.

But even with former President Donald Trump running again, Johnson is not ruling that out either. Johnson has not ruled out a run for the White House. In fact, his ads might run in two important states where presidential candidates want to win. Both hold early presidential primaries.

"It may be in Iowa, it may be New Hampshire," Johnson said.

Johnson reports he has not made a final decision on which office to seek,but he's got until Feb. 12th to decide if he wants the commercial in the next  Super Bowl.

No one will confirm this, but all the clues point to a bid for the White House.

Even if he loses, he will have raised his name recognition with voters to run for Michigan governor in four years.  Clearly Johnson has the bug to run for office. 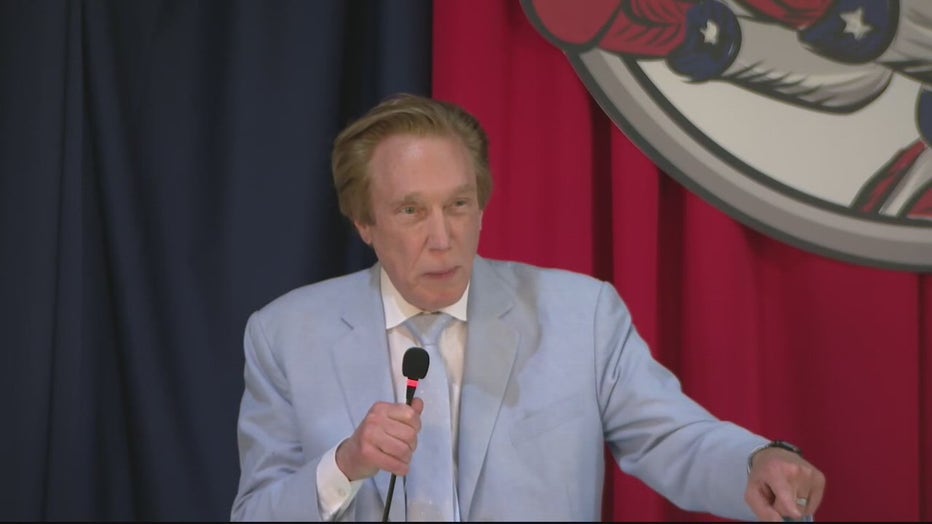