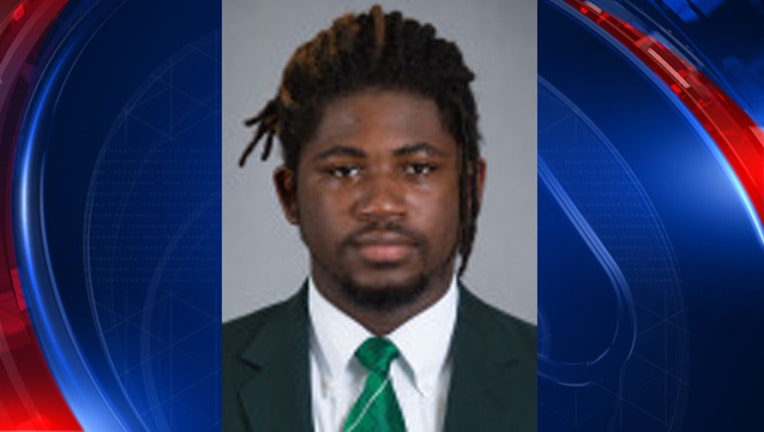 LANSING, Mich. (AP) - A former Michigan State football player facing a May trial for an alleged sexual assault has been arrested in Kansas.

Auston Robertson was arrested Tuesday by Garden City, Kansas, police who are investigating marijuana crimes and other offenses. The disclosure was made Thursday by a prosecutor in Lansing, Michigan.

In response, a judge revoked Robertson's bond in the assault case. He's charged with raping a woman at an apartment near Michigan State a year ago.

Robertson, a defensive end, was kicked off the Michigan State team but played last fall at Garden City Community College in Kansas. He had 73 tackles.

His Michigan lawyer, Brent Leder, declined to comment on the new arrest. Robertson remains in custody in Finney County, Kansas.

In April of 2017, Auston Robertson, 19, was charged with third-degree criminal sexual conduct by the Ingham County Prosecutor's Office in a case unrelated to three other players being suspended from the team.