The company and members of the Sackler family, which owns it, expressed sympathy but not responsibility.

The former president and board chair of Purdue Pharma told a court Wednesday that he, his family and the company are not responsible for the opioid crisis in the United States.

Richard Sackler, a member of the family who owns the company, was asked whether each bears responsibility during a federal bankruptcy hearing in White Plains, New York, over whether a judge should accept the OxyContin maker's plan to settle thousands of lawsuits.

Richard Sackler’s denial of responsibility for the opioid crisis comes a day after another Sackler family member said the group wouldn’t accept a settlement without guarantees of immunity from further legal action. 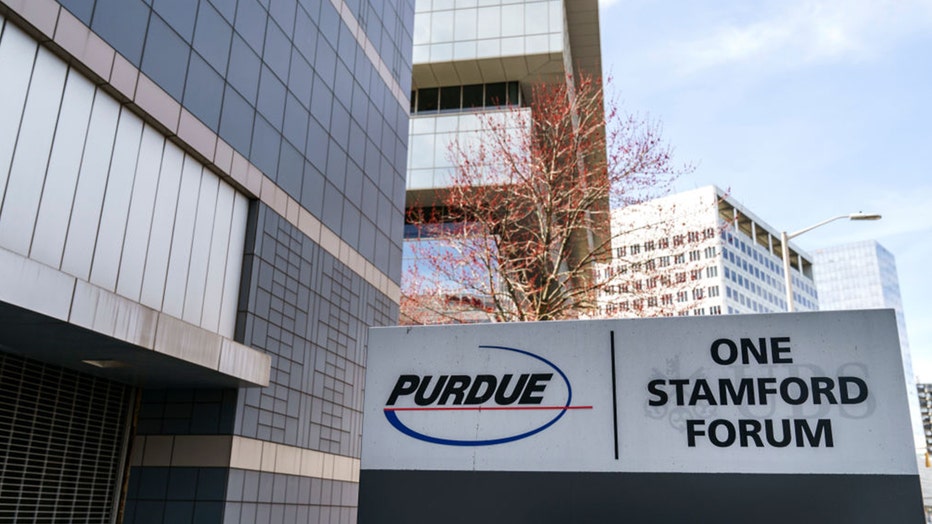 The previous words of Richard Sackler, now 76, are at the heart of lawsuits accusing the Stamford, Connecticut-based company of a major role in sparking a nationwide opioid epidemic.

In the 1996 event to launch sales of OxyContin, he told the company’s sales force that there would be "a blizzard of prescriptions that will bury the competition."

Five years later, as it was apparent that the powerful prescription pain drug was being misused in some cases, he said in an email that Purdue would have to "hammer on the abusers in every way possible," describing them as "the culprits and the problem."

For those reasons, the activists crusading against companies involved in selling opioids often see Richard Sackler — who was president of the company from 1999 to 2003, chair of its board from 2004 through 2007, and a board member from 1990 until 2018 — as a prime villain.

He has not appeared in public forums in recent years outside video of a deposition he gave in a lawsuit in 2015.

On a hearing conducted by videoconference on Wednesday, Sackler, now 76, said he had laryngitis, and his voice was sometimes soft.

In response to more than three hours of questions, mostly from Maryland Assistant Attorney General Brian Edmunds, his most common answer was, "I don’t recall."

Sackler, whose father was one of three brothers who nearly 70 years ago bought the company that later became Purdue Pharma, didn’t recall emails he wrote a decade or more ago; whether Purdue’s board approved certain sales strategies; whether a company owned by Sackler family members sold opioids in Argentina; or whether he paid any of his own money as part of a settlement with Oklahoma to which the Sackler family contributed $75 million.

RELATED: 4 companies on verge of settling $26B deal in lawsuits over toll of opioid prescriptions

Often, he answered questions with more questions, asking for precision.

When Edmunds asked him if he knew how many people in the U.S. had died from using opioids, Sackler asked him to specify over which time period.

"I don’t know," Sackler said. He said that he had looked at some data on deaths in the past, though.

(The U.S. Centers for Disease Control has tallied more than 500,000 deaths in the U.S. to opioid overdose, including both prescription drugs and illicit ones such as heroin and illegally produced fentanyl, since 2000.)

At another point, Edmunds asked whether he ever had conversations with sales managers.

"Can you define what you mean by sales managers?" Sackler asked.

Edmunds did. Then Sackler said he didn’t recall any such conversations.

Edmunds asked about a disagreement over company sales targets at one point. Sackler corrected him.

"You used the word dispute," he said. "It wasn’t a dispute. It was a difference of opinion."

The younger Sackler, who also served on Purdue’s board, reiterated something that has long been the family’s position: They will agree to their part of the plan to restructure Purdue only if family members receive protection from lawsuits over opioids and other Purdue action.

If those provisions do not stay in the deal, David Sackler said, the family would instead face lawsuits. "I believe we would litigate the claims to their final outcome," he said.

On Wednesday, Richard Sackler said the family would not agree if states that oppose the deal were not bound by it and allowed to move ahead with lawsuits against the company and family members.

Under the proposed settlement, members of the Sackler family would give up ownership of Purdue and contribute $4.5 billion over time in cash and control of charitable funds. Most of the money, along with Purdue’s future profits, would be used to abate the opioid crisis. Some would go to individual victims and their families.

U.S. Bankruptcy Court Judge Robert Drain said Wednesday that he expected testimony to be completed Thursday, final arguments to begin on Monday and a decision later next week.