WARREN, Mich. (FOX 2) - The former Warren Deputy Police Commissioner who sued for being wrongfully fired, has had his lawsuit thrown out of U.S. District Court.

But the former department employee isn't going to stop trying to clear his name.

Warren police lawsuit by ex deputy chief gets tossed out

But the former department employee isn't backing down.

After a use of force Matthew Nichols was fired by Warren police in the summer of last year which Commissioner Bill Dwyer says was totally justified.

"It was totally uncalled for," Dwyer said.

Nichols was allegedly seen by other officers hitting a shoplifting suspect in the throat, and Dwyer says those officers came forward.

"I give a lot of credit to the officers who came forward, and reported the incident to me, that you had your second man in charge assaulting a citizen that was not, in anyway resisting arrest, it was a retail fraud case," Dwyer said.

Nichols sued after he was let go, the suit was dismissed in US District this week.

"I do," Dwyer said. "I said from the beginning that I have been in law enforcement for 50 years and I am not going to tolerate misbehavior. Especially by the second man in charge."

Nichols' attorney Jim Akhtar says the claims against him are "bogus."

FOX 2: "Does he deny that he punched a shoplifting suspect while that person was already in custody?"

"Absolutely," Akhtar said. "The gentlemen was reaching, with his left hand, between the seat of his car and more than one officer told him to stop reaching. When he kept on reaching, Dept. Chief Nichols used his palm to push him away."

The Macomb County Sheriff was called in to investigate whether or not Nichols used excessive force. Their investigation did not lead to charges.

Nichols' attorney said they will keep on fighting asking for a re-hearing and an appeal - maintaining that his 14th Amendment due process rights were violated. And also claiming, Nichols should have had access to arbitration. 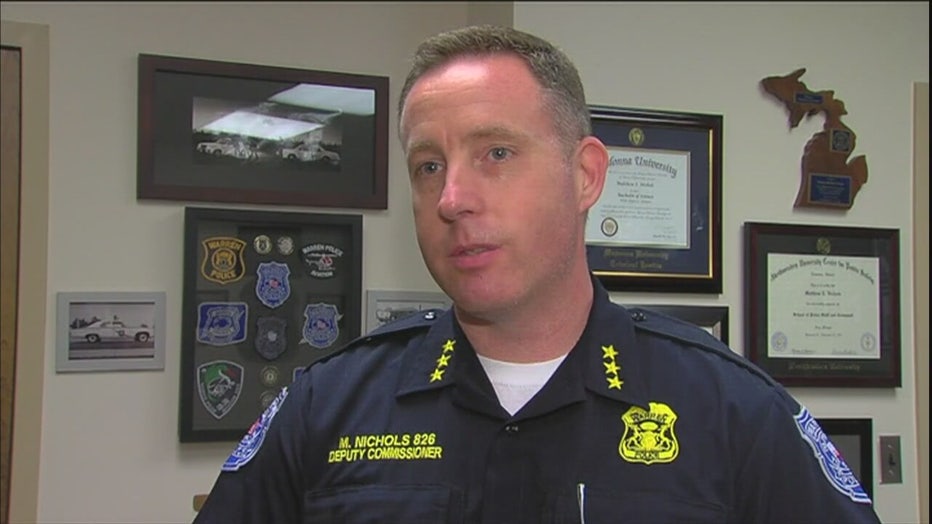