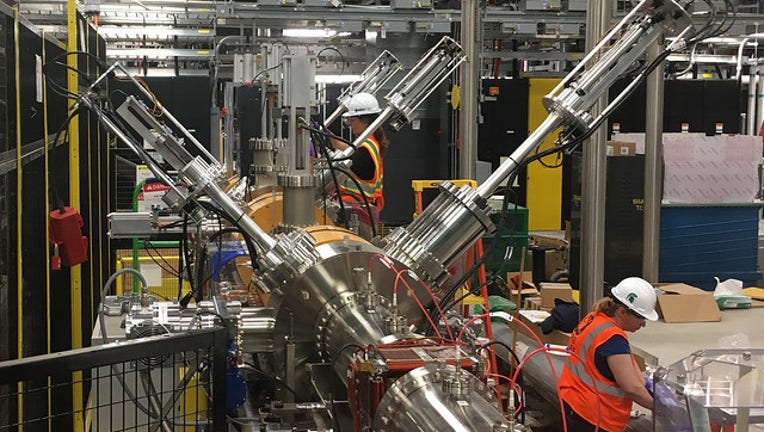 EAST LANSING, Mich. (FOX 2) - The most powerful machinery ever designed for the purpose of studying nuclear physics and real-world applications of isotopes is about to open Michigan.

With the ribbon-cutting ceremony scheduled for May 2, the Facility for Rare Isotope Beams will officially be open for business in East Lansing on Michigan State University's campus. It's the culmination of some 14 years of planning and development, as well as $765 million in investments.

Referred by university officials as simply the FRIB, the ground-breaking new facility will enable scientists to discover properties of atomic-sized particles that are not normally found on Earth. The hope is to find real-world applications for the isotopes in the fields of nuclear physics for the purpose of medicine, homeland security, and industry.

Its technical completion was in January 2022, which MSU says was on budget and ahead of schedule.

Experiments are scheduled to start on May 9 under the guidance of the U.S. Department of Energy, which has contributed the lion's share of the project's funding at a whopping $635.5 million. The state contributed close to $95 million and MSU brought in $35 million.

"FRIB will host the world’s most powerful heavy-ion accelerator, allowing researchers to access more than 1,000 new rare isotopes, with many never before produced on Earth," wrote MSU President Samuel Stanley in an email to students. "Here, scientists will investigate the makings of atomic nuclei and how the universe formed, and will drive innovation in fields like medicine, nuclear security, environmental science and more."

The FRIB's installation at MSU is the latest feather in the school's cap, which consistently tops university rankings for nuclear physics research. 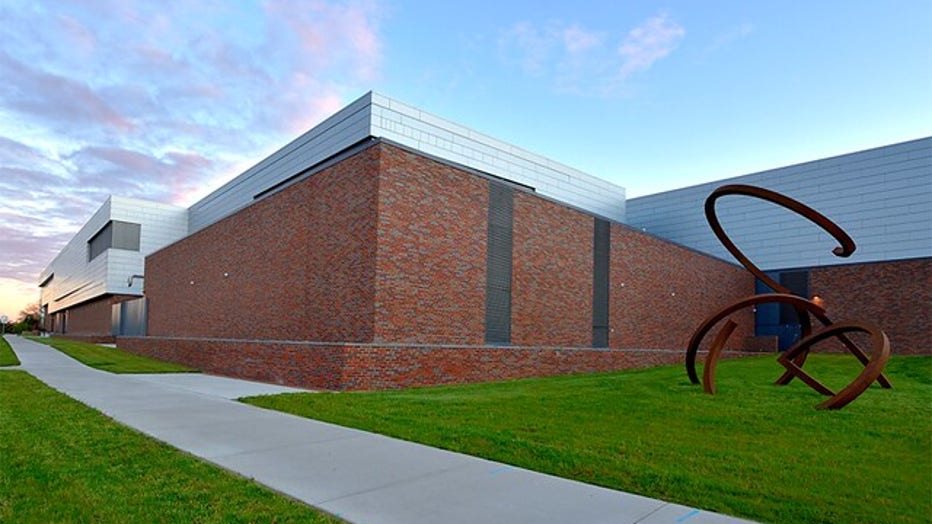 A view of the Facility for Rare Isotope Beams looking northwest on 21 May 2020. (Photo courtesy of Michigan State University.)

"The FRIB is a discovery machine," reads a video explainer about the facility. "It will enable researchers to investigate what holds together the atomic nuclei we're made of and how those elements were created."

Needless to say, the science being performed at the facility will be on the cutting edge of nuclear physics research. To understand what will be undertaken requires a crash course in nuclear physics.

To understand the tiniest particles that make up the universe, scientists will use a massive accelerator to create rare isotopes - which are forms of elements that are not normally found in nature. To do this, scientists will move a collection of stable atoms through a gas of electrons that will alter their composition, resulting in positively-charged ions.

The ions are then guided into the accelerator where they will reach speeds up to half the speed of light. They eventually crash into a target. The collision will result in the ions gaining or losing neutrons or protons, making them even more unstable.

These new isotopes may only exist for fractions of a second. 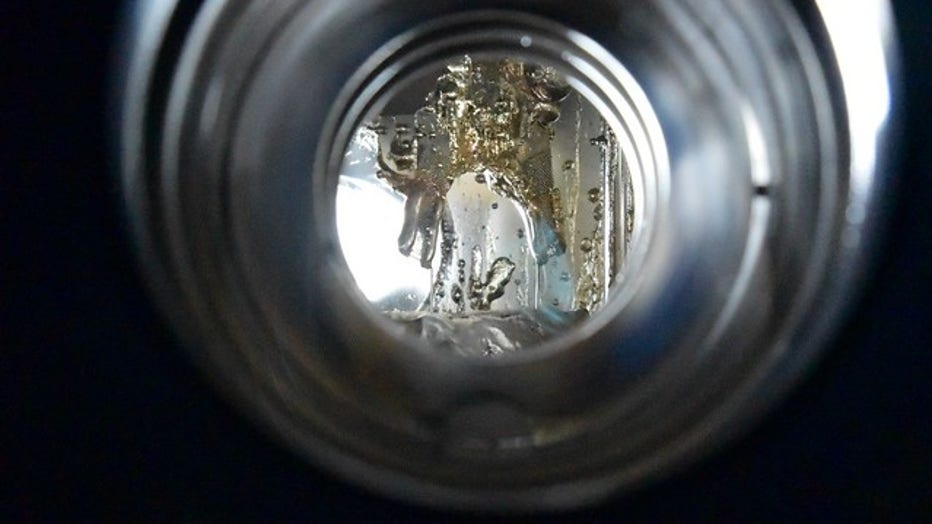 On 31 March 2019, FRIB successfully circulated liquid lithium in its charge stripper for more than seven days, relying only on remote monitoring. In this photo, melted liquid lithium is seen from the chamber view port (Photo courtesy of Michigan State University. )

But it's during those tiny periods of time that magnets will filter out undesirable elements while leaving only the desired rare isotope. FRIB's unique capabilities give scientists a lot of flexibility in how they can isolate the isotopes, allowing a variety of experiments to be taken on.

It's that last capability that will enable researchers from anywhere an opportunity to further understand the universe from an atomic level.