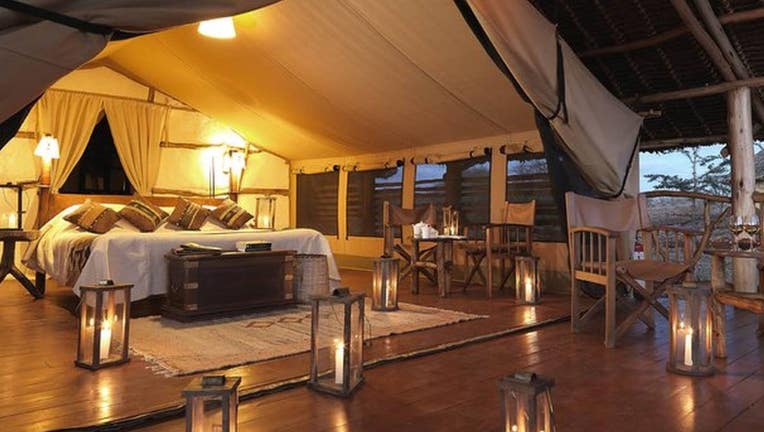 A photo from the company's Facebook page advertising "glamping."

ANTRIM COUNTY, Mich. - An upscale camping venture supposedly run by a northern Michigan couple that accepted thousands of dollars in deposits for reservations at sites that were never actually built has resulted in a plea agreement and almost $30,000 in mandatory restitution.

Bradley Carlson, 61, and Sandra Carlson, 58, were sentenced to two years probation after pleading no contest three counts of larceny for the two years they took in money for reservations at a "glamping" resort advertised as being built in Antrim County.

Unsuspecting vacationers hoping for a high-end camping experience at the northern Michigan site would receive confirmation emails that indicated they could get their deposit refunded if a reserved site was not ready by the time of reservation.

The tourist destination was advertised as the state's "first and only true Eco-responsible, green, glamping destination" on the company's Facebook page.

Between 2015-17, the couple accepted more than 30 deposits from customers who were never refunded.

This week, before an Antrim County judge, the Carlsons were sentenced to probation during which time they may not engage in any "venture capital activities."

"Consumers must be able to trust their hard-earned money will be used as intended," Nessel said. "My office remains committed to holding accountable those who don’t deliver on their obligations to their customers."

The $29,216.51 in owed restitution has been paid to the couple's attorney's trust account and will go to the victims listed in the complaint.

A pretrial conference for the company is scheduled for Nov. 8.