Brandi Brown and her friend DeAnte Clark were both shot and killed in August. A third person was also shot but survived their injuries. The gunmen escaped.

Now these grieving families are praying that anyone with information will understand their pain and provide information to police.

"Her life was stolen. Stolen. She had a future," said the father of Brandi Brown.

The shooting happened at a home in the 18000 block of Robson at 2:30 a.m. Two suspects got away in a dark-colored SUV.

"I know a lot of people know things because everyone is talking and there is a lot of different things that have been said," said Freda Davis, the mother of DeAnte Clark. "And whoever you are, you two will not get away with this. You will be caught."

"How can we say that we love Detroit, (that) we all have got each other's back, that we're all family, but yet we're still out here killing each other," Brown's father said.

Her family says Brown loved to dance and mentor young people. Clark had four sons but his mother says he saw everyone as family.

"He took homeless friends in to keep them off the streets," Davis said.

Now, these grieving families are praying that anyone with information will understand their pain and provide information to police. 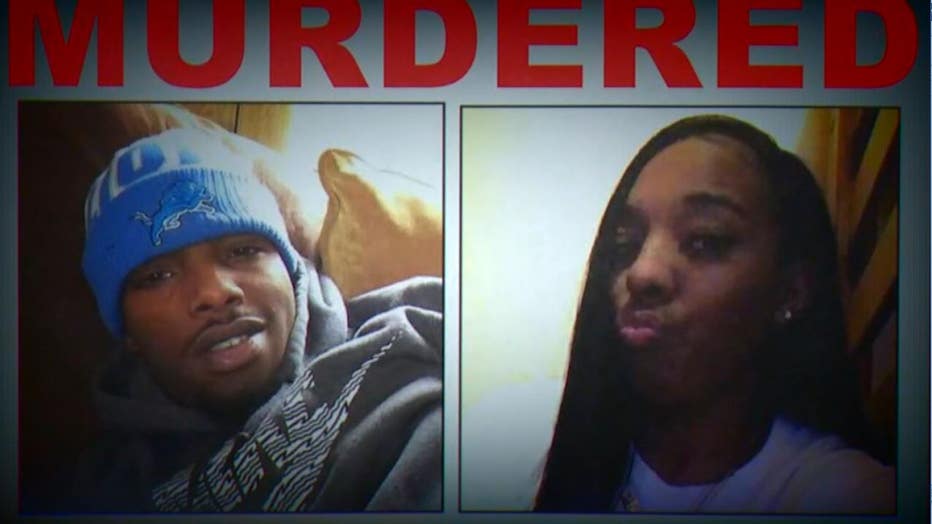 Crime Stoppers of Michigan is offering a reward of up to $2,500 for any information that leads to an arrest.

"Please share this with your friends," Brown's father said. "Do not let these two young people's lives be gone in vain."