Mackey was shot on her 20th birthday - she wasn't even out of her teens for 24 hours before she died. Police say the killer was her boyfriend - one who her family warned her about.

Friday night, by the glow of candlelight - India Mackey's loved ones come together in her honor.

"She was the light of all of us," said her father, Joseph Polk. "You were and you will always be my baby,"

The new details that surround her murder, crushing for her family.

This is video India took of her boyfriend Kevin Dixon shows him loading the weapon that police say he used to kill India a short time after this was taken.

"He talked about killing my daughter like she wasn't nothing and this was supposed to be someone that you love, and she loved him," Polk said.

Tuesday inside a van at Dixon's Warren home, the couple had an argument. Dixon allegedly pulled the trigger, then drove around with India still alive.

He got pulled over by cops for driving erratically, India died at the hospital.

Father of Warren woman allegedly killed by boyfriend: I tried to protect her

They clung to purple balloons - India's favorite color, and the color for domestic violence. Her family says Dixon had been abusing her.

"We just want everybody to be aware of domestic violence," said Shontee Jones, India's friend. "If you see the signs get out."

India's dad - trying to find some purpose in all of this, hopes other victims of domestic violence see his daughter's death as a warning.

"As a father you feel lost because you can't protect your kid," he said.

Kevin Dixon's mother was also charged in connection to India's death - after he was arrested he allegedly called his mom from the back of a cop car and told her to hide the gun. It is still missing. 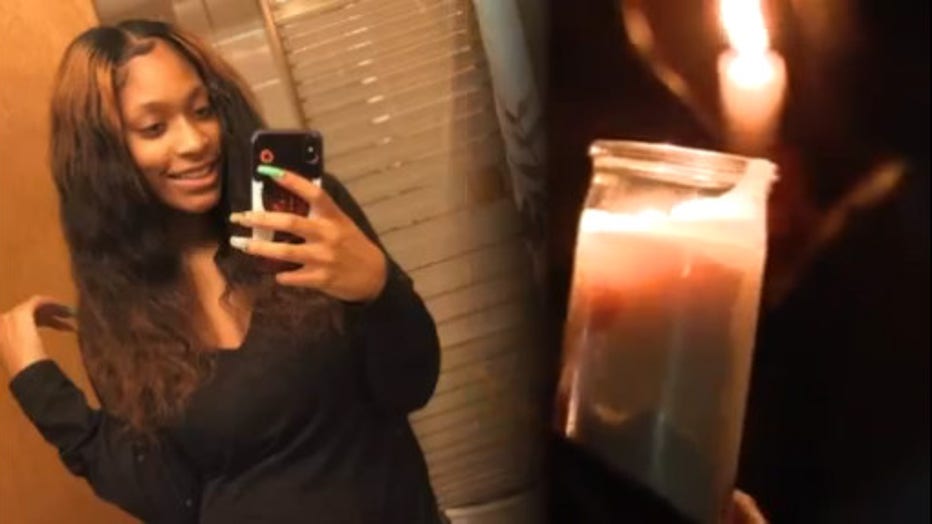