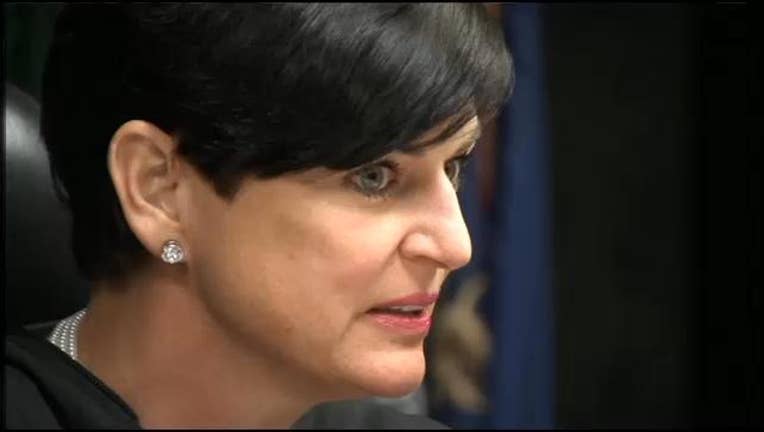 The court battle continues over three children who were first locked up then sent to summer camp as punishment for not spending time with their father.

"Something drastic happens to fix your family and you two can figure this out and never come before me again," said Judge Lisa Gorcyca.

Their family drama gained international attention after Gorcyca held the kids in contempt last month and ordered them to a detention center for not wanting to spend time with dad.

The father has since filed for sole custody of the kids who were transferred to a summer camp. the 9, 10 and 15 year old children will stay there for now because nothing has changed.

"It's an outrage," said Keri Middleditch, Omer Tsimhoni's attorney in court. "My client's heart is broken. Broken. It has been difficult enough over these years fighting this custody battle for his rights to parenting time for his children - to enjoy their right to a loving and healthy relationship with him.

"But to have what's gone on in social media,  to have attacks on everyone,  has got to stop."

Since the story broke, social media sites have been on fire. Facebook and Twitter groups have formed. An online petition has been circulating looking to recall Judge Gorcyca in part, due to her behavior in a controversial June 24 hearing. The attorneys and the mediator for the children claim death threats have been made against those involved in this case.

"It's an attack on the independence of this judiciary which is not going to be allowed," said William Lancet, the court-appointed guardian. "There's been threats, there's been intimidation of people who have worked in this case - and that is going to stop."

Both sides denied any sort of allegation of abuse or alienation in court Wednesday.

Middleditch lambasted the mother, Maya Tsimhoni, for not facilitating a relationship with Omer.

"She has thumbed her nose at every court order you have signed," Middleditch said.

The mother's attorney Andrew Abood claimed you can't blame Maya because the children refuse to have a relationship with the father. Both parents were allowed to visit the children separately at camp last week.

"We are going to hear criticisms of mom, who  took kids on picnic and I guess she didn't follow the rules," Abood said. "And father didn't even spend the whole time, that's a travesty."

In the end, Gorcyca decided to lock the case down. She issued a gag order and for the case to be sealed.

Gorcyca also ordered each family member to get a psychological evaluation.

An evidential hearing on the custody case is set for October. But in the meantime, the judge pleaded with the parents to work this out.

If not, and if anyone violates a court order - she warned both parents that this time, they could go to jail.

"Where do you suppose children will live when they are out of camp," Gorcyca said. "They were thriving at Mandy's Place.  Maybe you would like them to go back to Mandy's Place when you're both in jail for 20 days."

The kids will be at the camp until August 13 and then will go through parental reunification counseling for a week. After that it is unknown.

The judge is hoping parents can work the custody arrangements out, if not all parties will be back in court in early October. That hearing will address the sole custody claim that the father has filed.