"Somebody knows something. Don't be that heartless not to speak up for a 4-year-old," said Pansy Glaster.

Messiah's family says just before 1 a.m. on May 21, the little boy had gotten up and was eating a snack walking from the kitchen to the living room at the time of the shooting.

"He didn't even make it to kindergarten. He just started school in September," said Marlisha Roby, the boy's mother.

On May 21 the toddler, known lovingly as Messiah, had been visiting his grandmother on Birwood Street on Detroit's west side.

"If you wanted to kill somebody you could walk up and do it," said father Nathaniel Townsend. "That was a cowardly act to shoot into a house and shoot a 4-year-old baby."

Messiah's family says just before 1 a.m., the little boy had gotten up and was eating a snack walking from the kitchen to the living room.

"Next thing we know we heard gunshots," said Glaster. "Somebody shot into the house, shot him and killed him."

His grandmother witnessed the little boy shot twice, hanging on to life, later dying in the hospital.

"Yeah I don't know what it's like to see it for your boy with a hole in his chest the size of a f-ing bottle cap. He was a baby. That's it man. He was a baby," his father said.

"Life can't go on the same. Life will never be the same no more," Roby said. 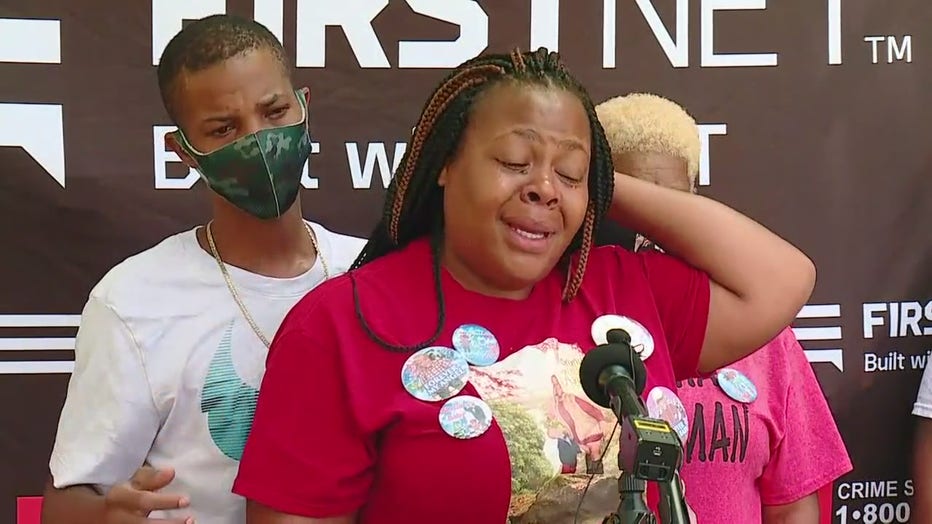 Detroit police at first questioned a person of interest. But so far, no one has been charged for Messiah's death.

"Whoever did this, you all are cowards. And I hope you all rot in hell," his mother said.

Messiah's parents say they have barely slept since the day they lost their baby.

"Please," Roby said. "Is there anybody out there who knows anything? Please."

Anyone with information is asked to call Crime Stoppers of Michigan at 1-800-SPEAK-UP. You never have to leave your name, but you will be eligible for the reward.