His parents are hoping more people get the simple cheek swab to see if they are a match, but appreciate those who already have.

Last February, life for Ryder and his parents became much more complicated. Terrence and Kimberli say Ryder lost his first tooth and wouldn't stop bleeding. They knew something wasn't right and they rushed him to the hospital.

"Immediately (we) started hearing terms like oncology, hematology started coming up," Kimberli said. "We got super nervous  prayed and hoped that wasn’t our journey."

"They did the test and said it looks like he has MDS," Terrence said. "Which is a myelodysplastic syndrome and we’ve been on the journey ever since."

"As far as what the future holds, we never know," Terrence said. "That’s why we are pushing so hard."

The Washingtons have partnered with Be The Match - a national bone marrow donor registry, that assists patients with transplants and costs not covered.

Ryder is still searching for his match - but the little boy with a big personality is making the best of the bone marrow donor drives in his honor.

"He sees that we've are doing these drives, 'What are you doing daddy?'" Terrence said.

"He thinks we are having these great parties for him – he’s like, 'What, another birthday?'" Kimberli said.

And his parents are hoping more people get the simple cheek swab to see if they are a match, but appreciate those who already have.

"It reinstated my faith in humanity when you see strangers that you don't know who heard about it, or they watched something, and they coming out, it warms your heart," Terrence said.

"For me, I want people to know it is so much bigger than just us, or just being on that opposite side – it’s about saving a life," Kimberli said.

If you would like to see if you are a match go to this link to Be The Match HERE.

Anyone ages 18-40 years old can also sign up to join the registry by texting SaveRyder to 61474 (not case sensitive). 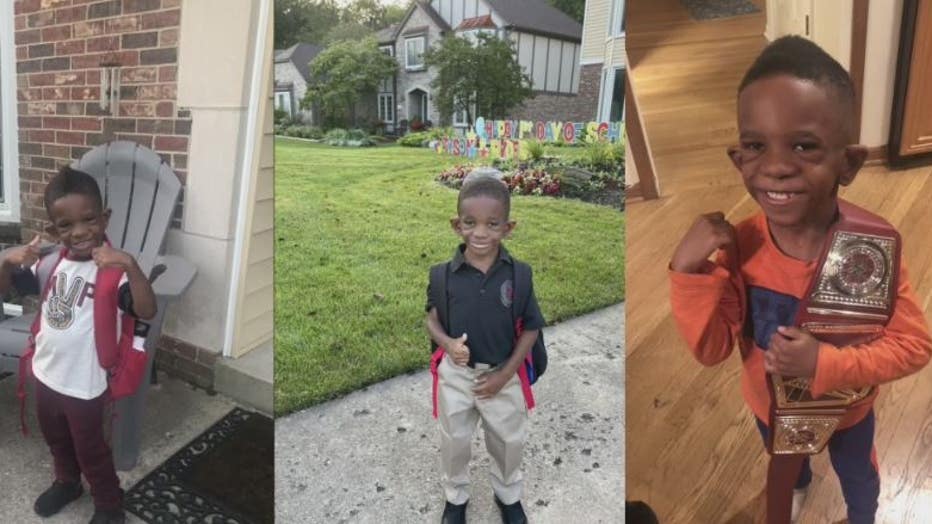