DETROIT (FOX 2) - Just months after moving in, a family of seven has lost nearly everything after a house fire.

"When I looked over to the house it was almost a dream, like I couldn't believe it. The whole house burned up and we literally just left here last night," said Malika White.

A house fire on Detroit's west side is being investigated after a family of five lost nearly everything.

She and her family were on an overnight trip to Lansing, otherwise, they would have been home when the fire started in the 2900 block of Gladstone near Linwood on Detroit's west side.

Malika and her family had a new roof installed and new windows put in. They still had a lot of work to do but they say they had been staying in the upstairs portion of the house since June.

"Actually we lost some photos of my dad when he passed away, and I lose some shoes. Me and my brother, we lost both of our games. I lost my laptop for my school," said Mychael White.

Investigators are working to determine the cause of the fire but Malika thinks this was no accident. "I really feel like it was deliberate. The whole top of the house is burned off, you know what I'm saying?"

"The first thing we're going to automatically think of, is who hates you? You know what I'm saying. People do things to spite. But I can't think of nobody who would be this mad at me to burn up my house."

Now the family is trying to stay strong while they figure out what's next.

"We're just hoping to get a new place, that's all," Mychael said.

If you would like to help the family, Malika has given us permission to give out her phone number. It's 313-978-7053. A GoFundMe has also been set up for the family if you'd like to make a donation online. 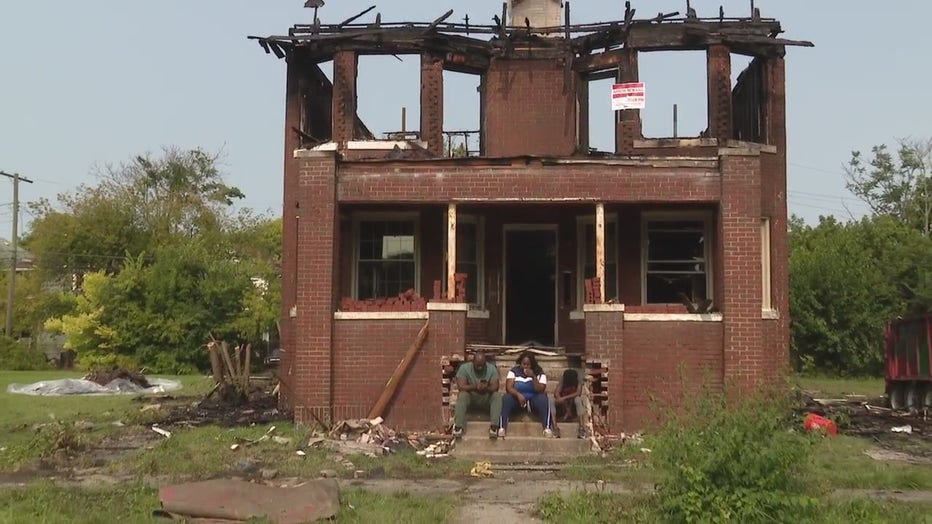