Family speaks out after quadruple shooting in Detroit

Deovanta Andrews was one of the four teenagers shot during a block party on Meuse street on Detroit’s east side last Sunday. His family fights to keep him on life support.

DETROIT (FOX 2) - Deovanta Andrews was one of the four teenagers shot during a block party on Meuse street on Detroit’s east side last Sunday.

RELATED: 4 teens shot while out celebrating a birthday, Detroit Police search for suspect

“It’s just heartless, it’s cold, it’s murder to do what you did to my baby,” Deovanta’s mother Leanne Andrews said.

Days later a high speed chase, two suspects wanted in connection with the shooting were arrested and the third suspect was shot and killed by police.

Deovanta’s family hurt, the 18-year-old was shot in the head and is now unconscious at Ascension St. John Hospital.

His mother Leanne say he isn’t getting the adequate care he needs. 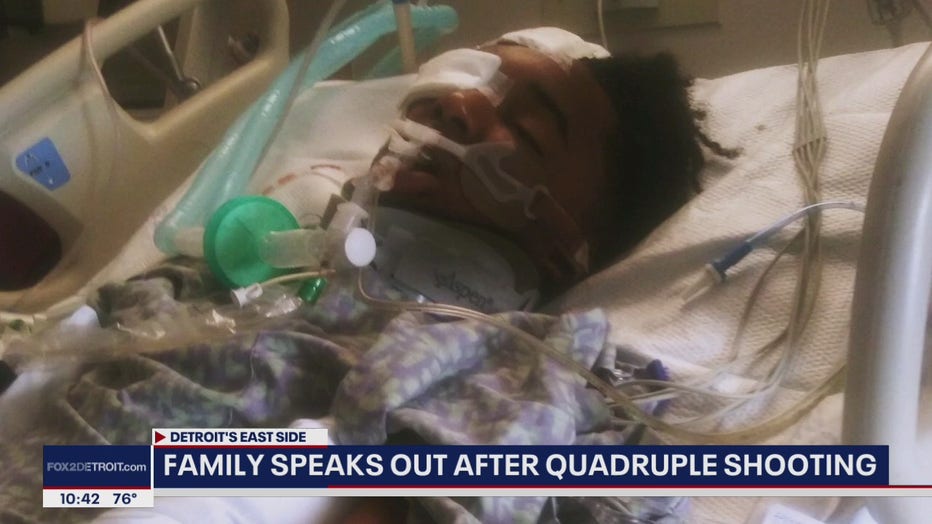 She said the doctors told her he’s brain dead, but she says things changed after she posted her son’s story on social media.

“They walked out and they talked to each other and then they said we can give him another test, why didn’t you give him that test,”

For now, his family is clinging to hope and can only recall fond memories of Deovanta.

“He always took care of us, made sure we had something to eat, if we ever said we needed something he would always be like I’m about to go get it.” Daishana Andrews said.

They’re telling their story to everyone who will listen.

“We want to get the news out, I told them just transfer my baby. Where is the love and compassion for anyone’s child, for everyone going through this,” Leanne said.

We contacted St. John hospital to get their side of the story, a representative said due to the privacy issues, they are unable to comment.