MONROE, Mich. (FOX 2) - As we celebrate Christmas and the coming new year, a Michigan woman is giving a big shoutout to those frontline workers separated from their families during the holiday — especially those who don’t immediately come to mind.

Her husband is one of several DTE workers sequestering during the holiday season. It's part of the energy company’s protocols during the pandemic to keep workers healthy and limit possible COVID-19 exposure.

A father working the frontlines at a DTE power plant in Monroe County was unable to come home for Christmas - but still received the best surprise ever from his family.

Anthony Luciow been holed up in a hotel in Monroe after working 12-hour shifts at the plant there since last week.

"We have to stay safe because if we’re not safe and you run out of people that can actually do that work, that plant might not run," he explained.

But that means he missed the holiday with his family in Newport.

"I missed him and it was hard to feel the joy of opening the presents without him," said Riley Luciow, his daughter.

So they brought Christmas to him as best they could.

"We unlocked his truck. We opened up his doors, we filled up the truck with presents and Christmas morning when he came out, he had presents in his truck," said Heather Luciow.

It's something Anthony was not at all expecting. 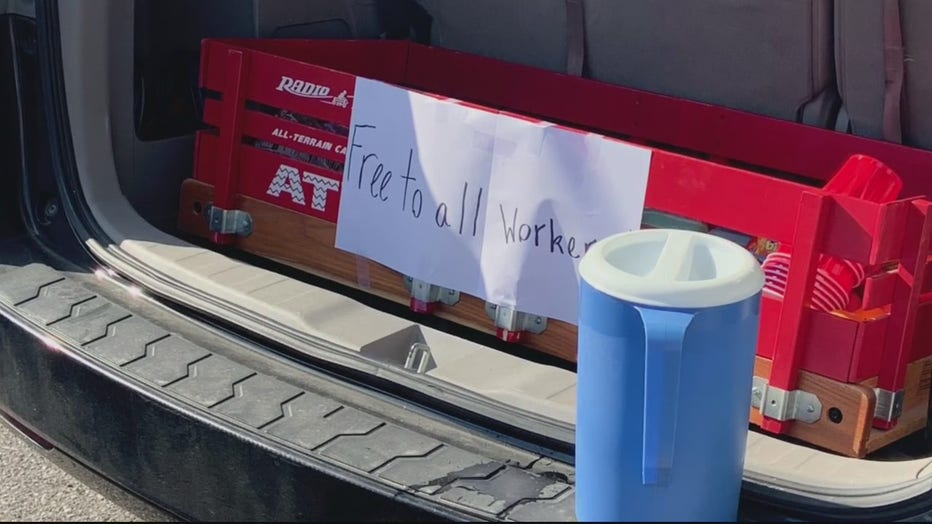 About 200 DTE workers agreed to sequester in shifts during this pandemic.

They’re among the select employees needed on-site around-the-clock to monitor the grid and help provide safe and reliable service. The service doesn't just go to homes either. Hospitals, police stations and firehouses rely on it, too.

"I feel like it’s important for everybody to stop and think about everybody else. So many people out there are making sacrifices for us every day," Heather said.