SEND, based in Farmington Hills, has not only evacuated missionaries working in Ukraine, but has also mobilized humanitarian efforts. It has partnered with more than 30 churches in Metro Detroit and across the country.

FARMINGTON HILLS, Mich. (FOX 2) - In Metro Detroit there's an effort to support the humanitarian crisis in Ukraine with SEND International US. They are responsible for putting together one ton of food and relief supplies being distributed daily through SEND and the organizations they work with.

When refugees flee, they need a place to stop and rest. SEND is even helping with mattresses, sheets, and laundry.

"One of our students, graduate, he and his wife - when everyone else was fleeing, when they were (firing) ballistic missiles into the city, they stayed," said Jerry Benge.

It is one of many stories of courage and heroism Benge has seen coming out of Ukraine.  He’s the Missions Pastor at Cornerstone Baptist Church in Roseville and has spent time doing missions work in Ukraine.

He is also part of the network of faith organizations and missionaries with SEND International US working tirelessly to see Ukrainians have what they need to withstand an advancing Russian invasion - like a couple Benge mentioned.

"There were displaced people, elderly people, pregnant women, people with no access to medicine or food, and they started just gathering resources , buying food, getting medicine ... then distributing them," he said.

SEND, based in Farmington Hills, has not only evacuated missionaries working in Ukraine, but also mobilized humanitarian efforts. It has partnered with more than 30 churches in Metro Detroit and across the country.

"We are able to take this generosity that we have seen from the community, and translate it into direct help to our Ukraninan brothers and sisters," said Michelle Atwell.

Atwell, the CEO of SEND US, says for years now the organizations have been working in Ukraine. But since the invasion, they’ve raised more than a million dollars, funding more than 113 projects.

"We’ve been able to fund over a dozen vehicles, I am talking vans, minibusses, that churches are purchasing to go into hot zones and evacuate people and bring them to places of safety," Atwell said.

"It’s been amazing to see the people willing to sacrifice to give," Benge said. "I have had people constantly asking me. Of course primarily I recommend SEND but there are other agencies as well that people can give to. It is absolutely necessary. We have no idea what’s ahead." 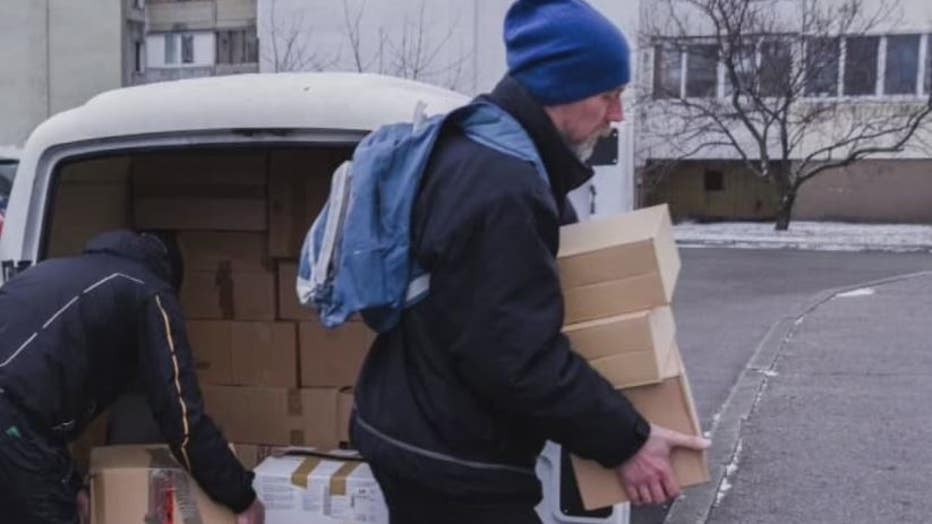