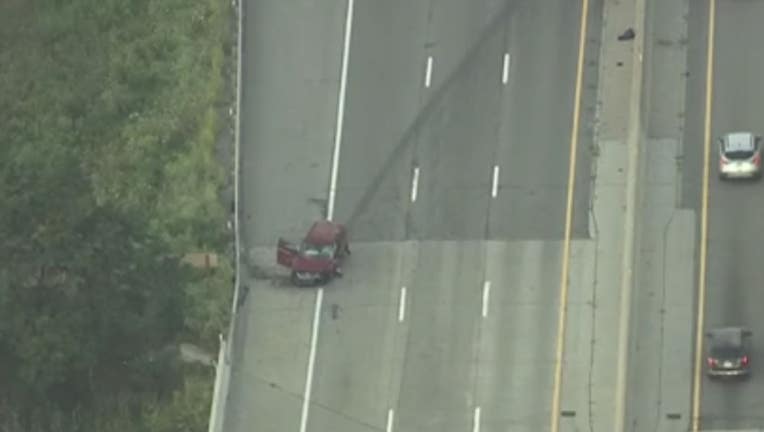 MACOMB - I-94 was shut down for more than three hours in Macomb County Tuesday morning after a fatal traffic crash left one dead and another who was injured.

A driver had entered the highway from 16 Mile Road traveling at a high rate of speed when it struck a guard rail and crashed into a concrete barrier.

Officers were dispatched to the single-vehicle crash at 5:20 a.m., shutting down the highway to all travel around 6 a.m.

Aerial footage from a chopper showed a red SUV with a damaged front-end and a missing front left tire. There were tire marks stretching more than 100 feet from the highway barrier to where the vehicle had stopped.

Macomb County sheriff deputies ID the victim as Allen Jasmund, 71, of Harrison Township. He was pronounced dead at the scene.

Also in Jasmund's car was an adult female who was taken to the hospital with non-life-threatening injuries.

Police don't suspect drugs or alcohol were a factor but confirmed Jasmund was not wearing a seat belt at the time of the crash.

The traffic alert was first reported around 6 a.m. and a detour using Gratiot North to M-59 East was advised.

I-94 has since been reopened.