Investigators were at the scene in the Arbor Meadows Mobile Home Community after a fatally wounded man crashed his vehicle there.

PITTSFIELD TOWNSHIP, Mich. (FOX 2) - The driver of a car was shot and killed in a mobile home park on Thanksgiving Day in Pittsfield Township.

Investigators were at the scene in the Arbor Meadows Mobile Home Community after a fatally wounded man crashed his Chevrolet Malibu there. The victim was a 26-year-old Pittsfield Township man.

A second person inside the car, a 30-year-old man from Ypsilanti Township, was wounded but ran from the vehicle after the crash. He was located and hospitalized but expected to recover.

"We (heard) the shots - I don’t know how many," said resident Juan Carlos Jurado. "And then we (heard) a car crash."

Police say it appears to be an isolated incident among people who knew one another and there was no threat to the public. Anyone with information is asked to call Pittsfield Township police at (734) 822-4911.

A family's parked car was knocked into the front porch, breaking glass everywhere. Jennifer Olivares said her family is still overwhelmed by the aftermath.

"We (awoke) to a loud noise," said Jennifer Olivares. "We went outside and there was a car that pushed our parked car into our driveway."

Olivares called 911 while her mother was the first outside to render help.

"My mom did see two other people run but the only person who was still in the car was the driver," she said.

Olivares' mother, in Spanish, was translated by her and described those tense moments.

"He was asking her for help as he was slowly dying," Olivares' mother said, through her translation. "She really wanted to help him. She was the first one out of the house but she saw the car smoking and she realized it was too late."

Olivares says the driver passed away - apparently - from gunshot wounds.

"He died in our driveway," she said. "Police told us that he got shot in the shoulder." 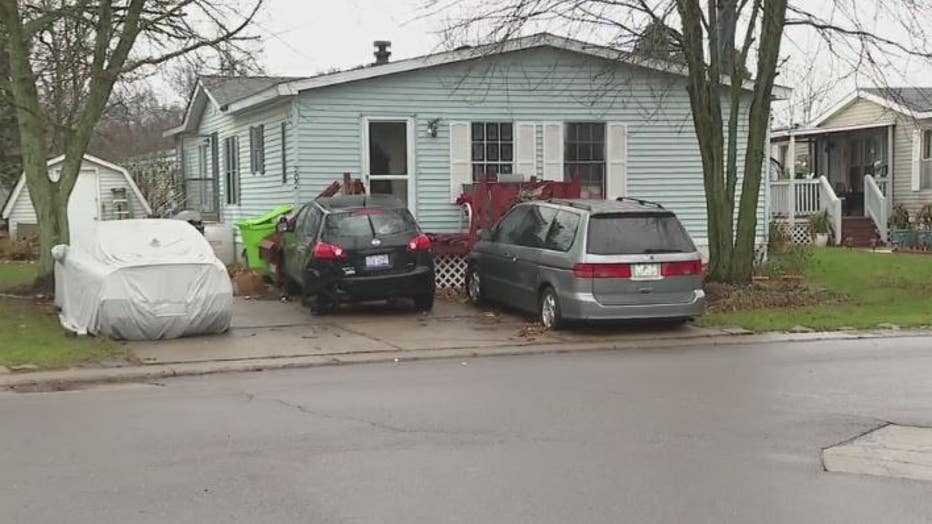