A father and son are sworn to protect and serve. Lynn Sanders retired as a detective sergeant from the Michigan State Police, his son Londale is just getting started.

DETROIT (FOX 2) - Lynn Sanders retired as a detective sergeant from the Michigan State Police, his son Londale is just getting started.

"We kind of check-in periodically - and check on him to see how he's doing," said Lynn Sanders.

Londale graduated at the end of August after six challenging months at the Michigan State Police Academy.

"It was always good coming home from the academy," he said. "Debriefing with dad and knowing that he understood exactly what I was going through."

Lynn understands. He retired in 2014 after 25 1/2 years of courageous service - recognized for his role in taking down a drug cartel and awarded for his bravery during an undercover deal gone wrong.

But Lynn Sanders also knows how much the landscape has changed - how his beloved profession has been criticized and condemned for its treatment of minorities.

This is why he says that Londale's decision to become a trooper - makes so much sense.

"I just thought man, what better person than my son - who can represent what law enforcement is about - you know serving the community," Lynn said.

A standout student and athlete, Londale majored in criminal justice in college - but then started working at a mortgage company. Now 25, years old, he wanted more. 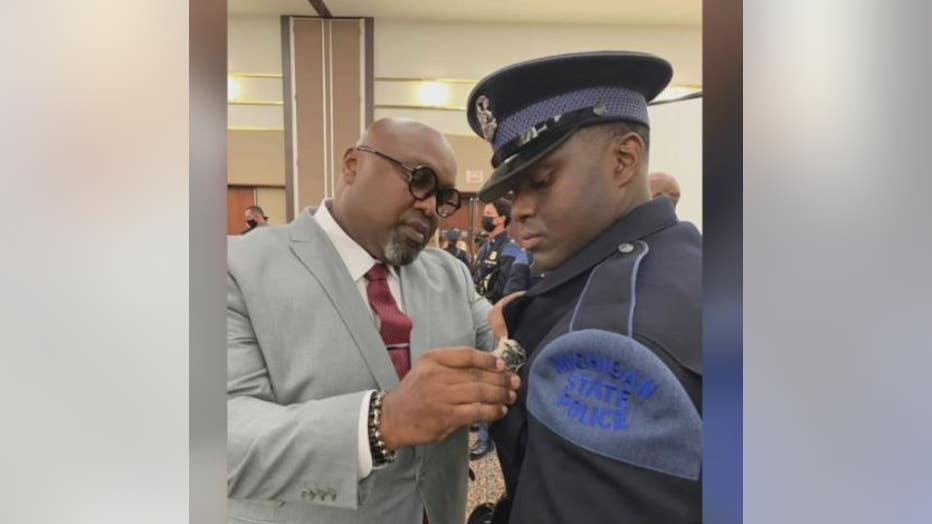 "I kind of wanted to get out in the community and I knew my dad being prior Michigan State Police there was really no other way to go - of course, be the best right?" Londale quipped.

For Londale, it's about service and setting an example.

Both men hope others dedicated to that cause will join law enforcement - rather than shy away from it.

"If you see a problem rather than be a complainer - you figure out how you can help it - and what better place than law enforcement," Lynn said. "We just need good people that represent what law enforcement is about - you know, serving the community."

Which is why he's so proud to see his son following in his footsteps - excited for Londale and the new recruits - all 57 graduates - who have trained so hard, for what's next.

"Just to know we're all going through this at the same time and together kind of felt good - that you know that you're not going through it alone," Londale said.

Londale says maybe at some point he'll get back home to the Detroit area - but for now, he's stationed in Lansing - and he's really looking forward to it...

"They have some good probationary assistance that's going to help me further my education in the field and help me train and become the best trooper that I can become," Londale said.

And this trooper will be cheering him on all the way. 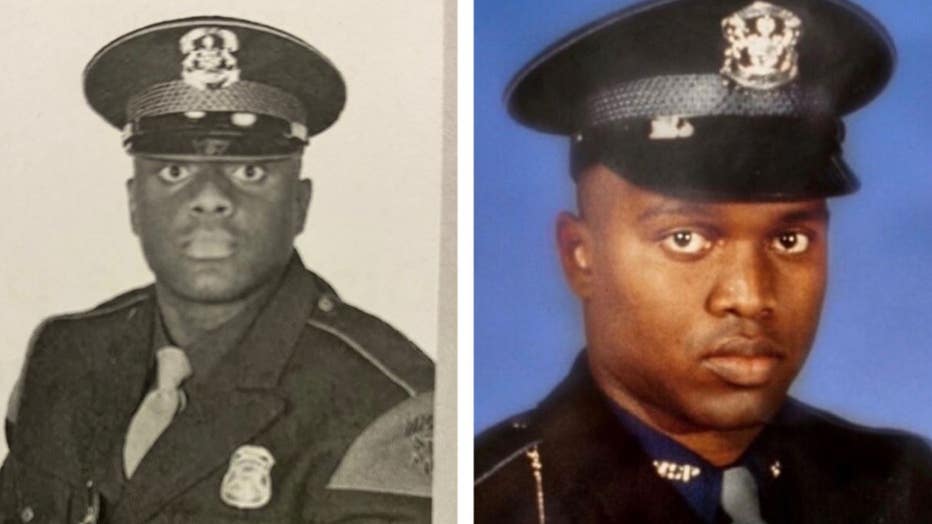 "They're putting their lives on the line and they're doing it because they love serving people," Lynn said. "My advice has always been - listen and pay attention to your training officer - reflect back on all the training you've been given and at the end of the day - come home. It's about making it home safe."