CLINTON TWP., Mich. (FOX 2) - A father has been charged in the death of his 7-year-old son after allegedly driving drunk and crashing into a pole in Clinton Township.

Prosecutors say Arturo Molina Mendez, a 32-year-old man from Sodus, New York, has been charged with operating while intoxicated causing death, a 15-year felony, in the death of his son.

Police say that just after midnight on Sunday, the driver was heading along eastbound Hall Road, driving a Kia Optima along the right-hand shoulder. The speeding vehicle continued into the right turn lane approaching Heydenreich Road, when Mendez went through the intersection.

Officials say he struck a curb and became slightly air born before crashing into a metal light pole with a cement base. The son, who was sitting in the backseat, died at the scene.

Police say a witness told them he did not see brake lights before the car hit the pole.

They say Mendez admitted to consuming alcohol at a friend's house before the crash. He was taken to the hospital for treatment, and his blood was expected to be tested for confirmation that he was drunk at the time of the crash. 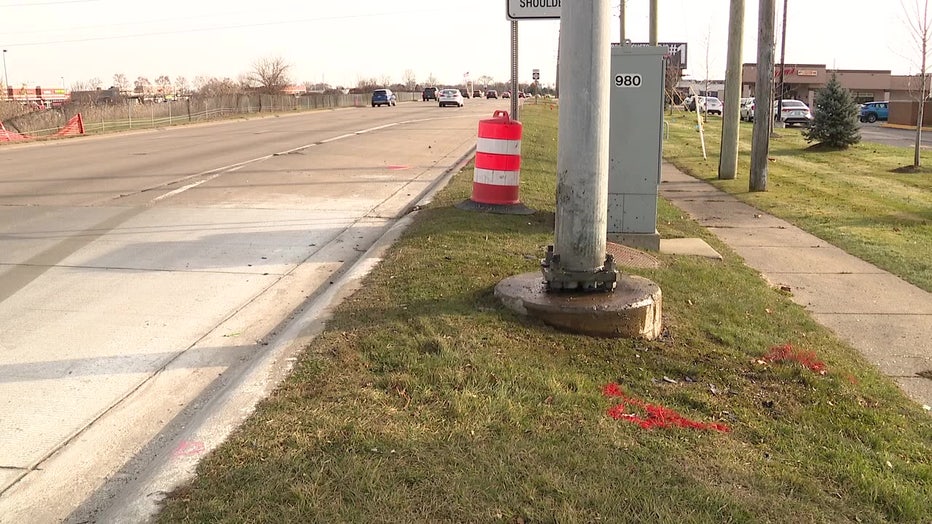 The speed limit on Hall Road is 50 MPH and, according to Sgt. Chris Allis, the man was driving at least that fast, or more. Allis said this is the fourth deadly crash in Clinton Township in the past three weeks. He said this is the only fatal crash where they will pursue charges in the past 21 days.

"The loss of a child is perhaps the most painful occurrence a parent can experience," said Prosecutor Eric Smith. "However, the grief this father is dealing with does not diminish his responsibility in this case."

Mendez is expected to be arraigned today at 1:30 p.m. from the hospital.