FOX 2 - Russia and Iran have obtained some voter registration data in an attempt to interfere in the U.S. election, the FBI announced during a press conference on Wednesday.

The US intelligence community said it has caught both countries trying to influence the election including Iranians with false propaganda about President Donald Trump, it was announced tonight. 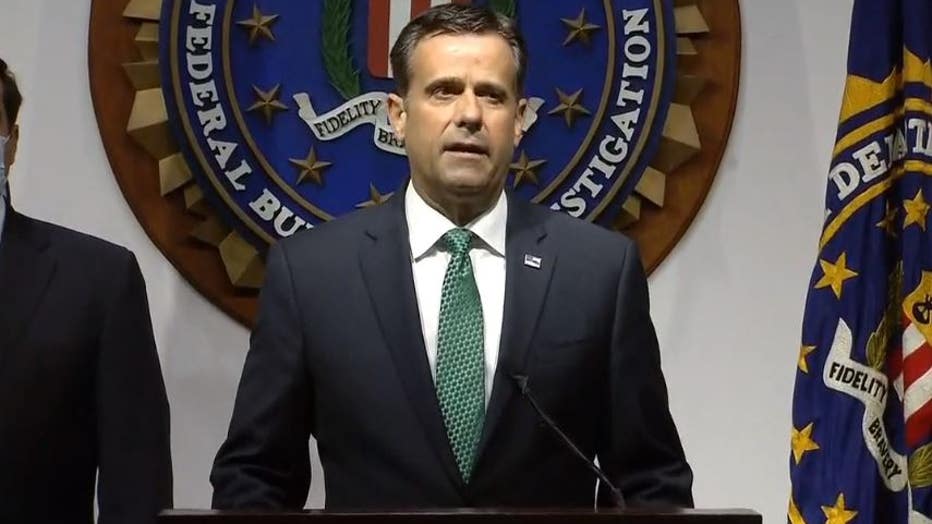 "We have already seen Iran send spoofed emails designed to intimidate voters, incite social unrest and damage President Trump," he said. "Additionally Iran is distributing other content including a video that implies that individuals can cast fraudulent ballots, even from overseas. This video and any other claims about such fraudulent ballots are not true."

The same actions have not been confirmed by Russia, he said, but added it has obtained some voter information just as it did in 2016.

"Rest assured that we are prepared for actions by those who are hostile to our democracy," Ratcliffe said.

The director said that if an intimidating or manipulative email is received, don't be alarmed and don't spread it.

Wray and Ratcliffe did not describe the emails, but officials familiar with the matter said the U.S. has linked Tehran to messages sent to Democratic voters in at least four states, including battleground locations like Pennsylvania and Florida. The emails falsely purported to be from the far-right group Proud Boys and warned that “we will come after you” if the recipients didn’t vote for Trump.

The allegations underscored the U.S. government’s concern about efforts by foreign countries to influence the election by spreading false information meant to suppress voter turnout and undermine American confidence in the vote.

FBI Director Christopher A. Wray said despite foreign efforts to interfere with elections, "you should be confident that your vote counts."